33 proposals on how to develop Öster in Jönköping 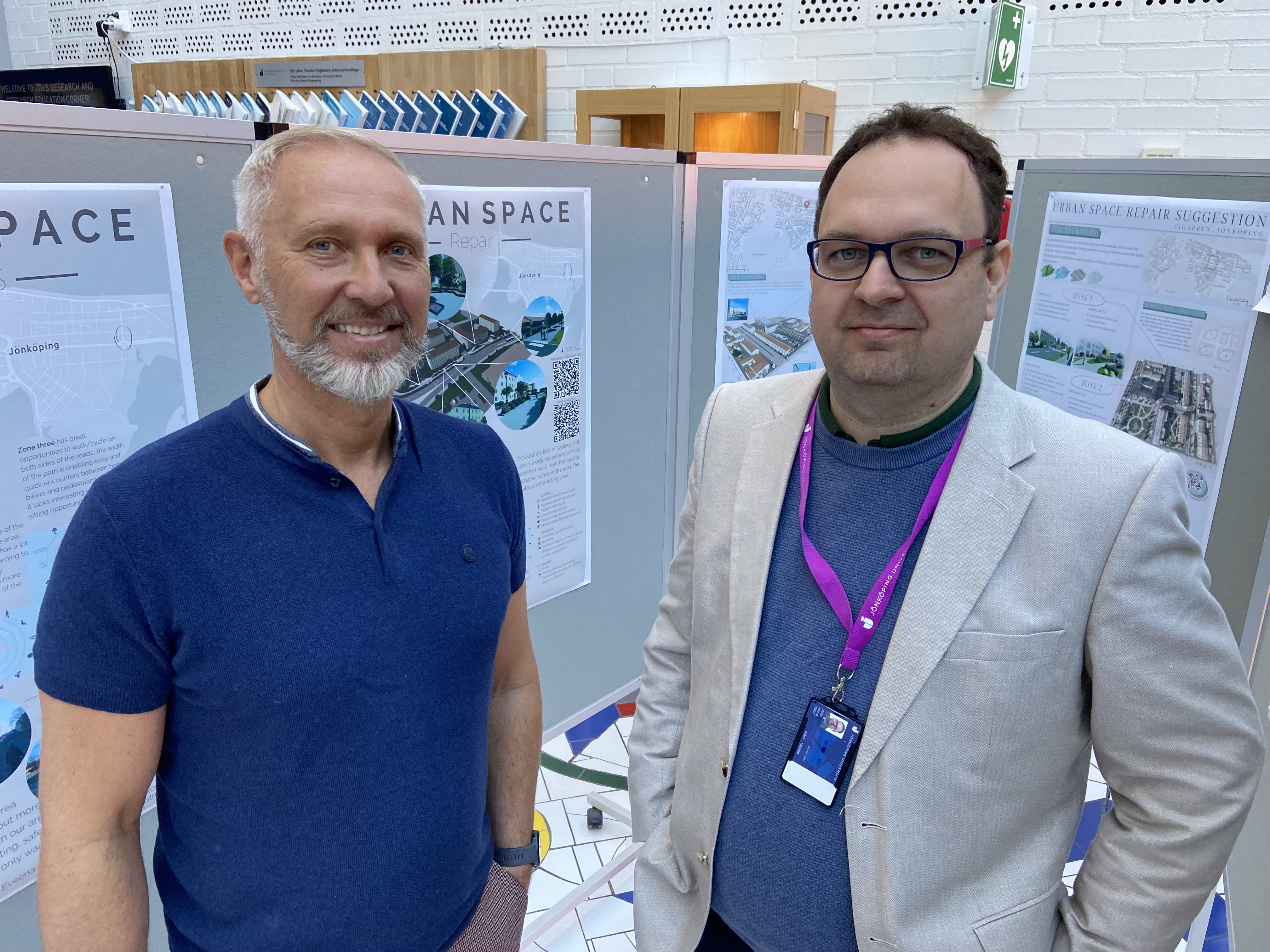 How can the district Öster in Jönköping change to become more vibrant? This question has been interpreted and presented by a number of students at the School of Engineering (JTH), Jönköping University, during the Urban Space courseat JTH.

Martin Månsson, planning architect at Jönköping Municipality, came up with the idea to let JTH students make proposals on how to develop the area between Kristine Church and the railway viaduct, popularly called "Undergången", on Öster in Jönköping.

“This is a rather dull part of Jönköping, characterized by heavy traffic and poorly lit places. It is mostly a thoroughfare between the city center and Asecs, which lacks pedestrian streets and quiet areas,” says Geza Fischl, Senior Lecturer Architecture at JTH.

Open up the city towards Vättern

The assignment went to the second-year students of Construction Engineering: Architectural Engineering at JTH during their eight-week long Urban Space course this winter.

The students, who are now on internships, came up with 33 proposals for improvement measures for areas such as Cigarren and Norra Strandgatan at Öster. One common idea is to open up the city towards Vättern by moving the railway further inland. Some students want to make a pedestrian and bicycle path of the current railway line, which instead becomes a 15-minute walking distance both to the city centre and Asecs.

“It does not have to be very expensive to move the railway and there is already a railway that could be used south of Munksjön. Then Jönköping would really blossom into a tourist city,” says Bengt Erlandsson, Senior Lecturer Architecture at JTH.

The students have talked to people living at Öster about their residential environments and they want to make the area more accessible through pedestrian streets, ball fields and green spaces, which interact with nature. Some students also advocate that a Open-air bath should be built in Vättern.

Geza Fischl and Bengt Erlandsson think that the students have done a good job and have been able to visualize their thoughts and ideas in a good way.

“Some suggestions may be a bit too fantastic, but rather that the students think outside the box than they do not. Design and architecture are about improving and making things more sustainable and about daring to do things,” says Bengt Erlandsson.

The students' proposals were shown this week at JTH's entrance. Amjad Musaed, Assistant Professor, has also worked on the project. 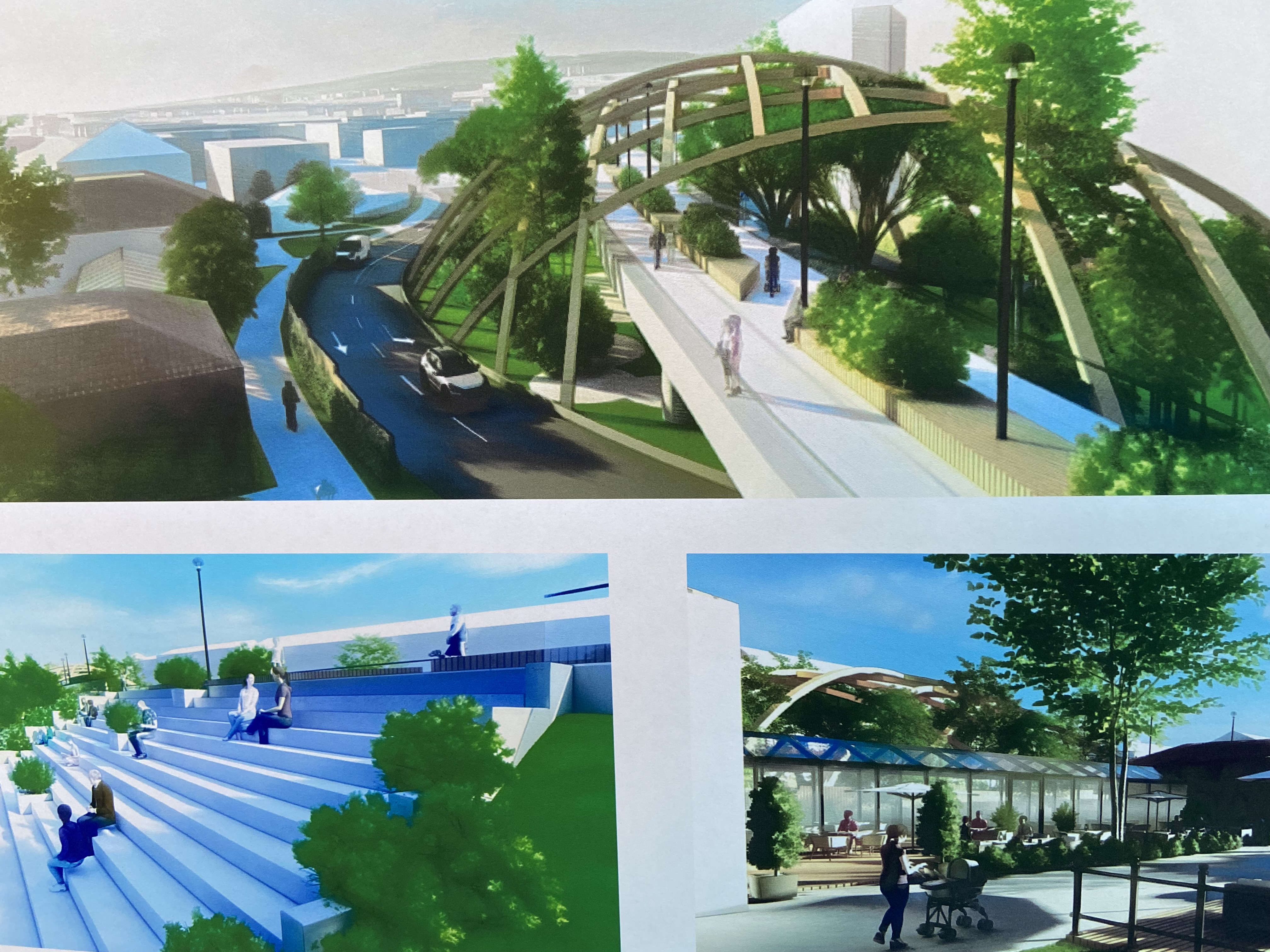 One common idea from the students is to open up the city towards Vättern by moving the railway further inland. 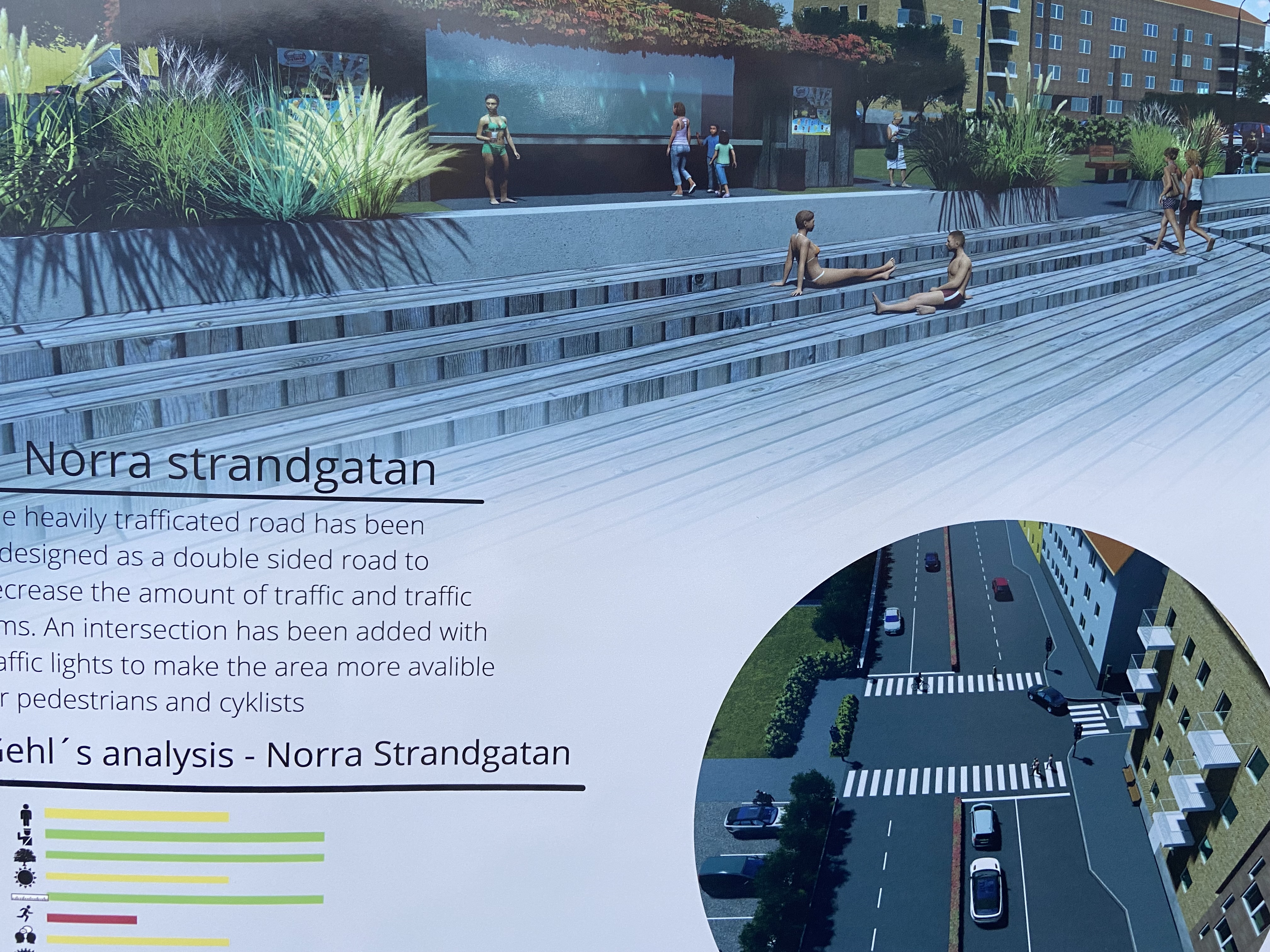 Several students have chosen to highlight Vätterstranden along Norra Strandgatan in different ways, here through a large wooden deck.