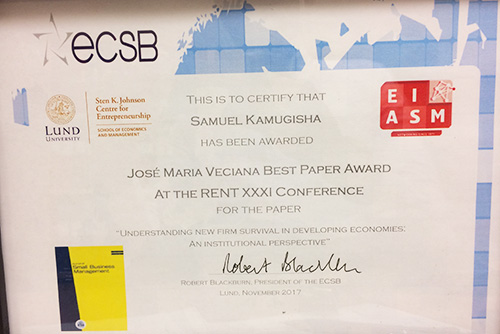 Samuel Kamugisha is from Rwanda and has been a doctoral student at JIBS since 2014.

The RENT conference (Research in Entrepreneurship and Small Business) was organized for the first time in Brussels 1987, and has since then taken place all over Europe.

The award is named in honour of Professor José Maria Veciana, ECSB’s First Fellow and long-time member who was a dedicated supporter of junior researchers throughout his professional life.