On May 1, four new board members have been appointed to the Foundation Governing Board of Jönköping University. The new board members have a broad and varied experience, and represent both the scientific community, the business sector and the regional manufacturing industry. The term of office for the new Board members is from May 1, 2019 to April 30, 2022. 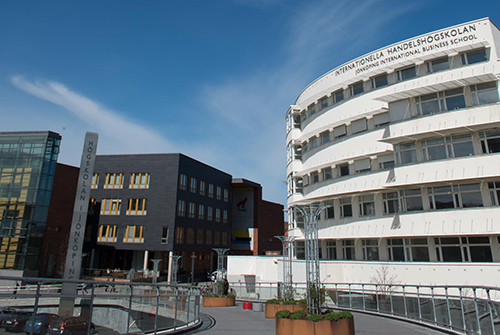 The new members are:

SWECO Environment has about 850 employees and Anna Yman has been the CEO there since 2012 but has worked at SWECO for 28 years in various managerial roles. Previously, Anna Yman has worked as a researcher at Stockholm University. In her daily work, Anna Yman focuses
on the role of technology and how it can contribute to a more sustainable society.

Madelene Sandström has spent most of her career engaged in research and research funding. From 2009 to 2018, Madelene Sandström was the CEO of the Knowledge Foundation. Previous professional roles include Director General of FOI, the Swedish Defense Research Institute, Deputy Director General of Vinnova and she has also held several board assignments in research-related activities. She thus has a solid and broad experience of the Swedish research community and innovation system.

Mats Eriksson is professor of nursing science and leader of a research environment at Örebro University. His researh area concerns children and young people. Mats Eriksson has previously been working as director of studies for the graduate program Medical Science at Örebro University, a specialist nurse in intensive care and as a department head in neonatal care.

Since 2012 Linda Fransson has been the CEO of the family business Gnosjö Automatsvarvning AB. She was previously a partner in the company and has held several senior positions. As CEO, she believes that it is important to drive development forward and dare to try to find new and better approaches. She also holds a bachelor’s degree in Mechanical Engineering from the School of Engineering at Jönköping University.

The other members of the foundation board appointed by the government until April 30, 2022 are:

In addition to the external members, the Board also includes the President of Jönköping University and the representative of the teachers and the students.