On the 7th of May, the decision was made by the President to award three new Honorary Doctorates at Jönköping University. The three honorary doctors are Professor Emerita Dale Clark Farran, Professor Emerita Gwen Sherwood and Professor Andrés Rodríguez-Pose. The awarding will take place at the Academic Ceremony on the 12th of October. 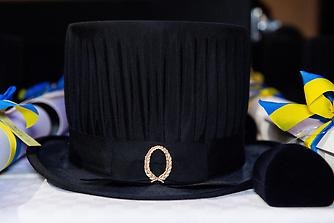 The Honorary Doctor title is awarded to those people who in significant ways have contributed to research and education at Jönköping University.

Dale Clark Farran is Professor Emerita at the Department of Learning and Teaching at Peabody College, Vanderbilt University, USA, and is director of the Peabody Research Institute. Her work has been important to the development of preschool education research at the School of Education and Communication. Professor Farran has been involved in research and support for children and young people at risk for most of her working life. She has developed observational and evaluation methods regarding children's situations and learning in preschool that are internationally renowned.

Professor Farran has collaborated with the research environment CHILD at Jönköping University’s School of Education and Communication for almost 20 years. Since 2006, the collaboration between researchers within CHILD (from both the School of Education and Communication and the School of Health and Welfare) and Vanderbilt has been extensive. During her visits to Sweden and Jönköping University, Dale Farren has primarily taught doctoral students, master’s students and preschool teachers. Through her broad and deep knowledge, as well as solid research, she has been hugely important for the unique competence that has developed within the CHILD research environment.

Gwen Sherwood is Professor Emerita at University of North Carolina at Chapel Hill School of Nursing (UNC), USA. Professor Sherwood was co-investigator and facilitator of the award-winning Quality and Safety competencies for Nurses, including patient satisfaction, particularly from a multicultural perspective. The nursing education at University of North Carolina is currently ranked as number six in the world.

Gwen Sherwood has visited the Nursing Department at Jönköping University’s School of Health and Welfare several times with the aim of increasing the faculties’ knowledge of the core competencies as well as pedagogical strategies in nursing. She has contributed to a substantial increase in the development of skills and knowledge among the nursing faculty at the School of Health and Welfare.

Andrés Rodríguez-Pose is a Professor of Economic Geography at the London School of Economics, UK, and a regular guest researcher in Economics at Jönköping International Business School. He has a long track record of research in regional growth and inequality, regional innovation, migration and development policies and strategies.

During the Academic Ceremony on the 12th of October, those who have been promoted to full Professor since April 2018 will be inaugurated. Honorary doctorates will be conferred, and doctoral degrees will also be conferred upon those PhD students who have defended their thesis before June 2019. Public lectures will be given by the new Professors and the honorary doctors on Friday the 11th of October, the day before the Academic Ceremony.