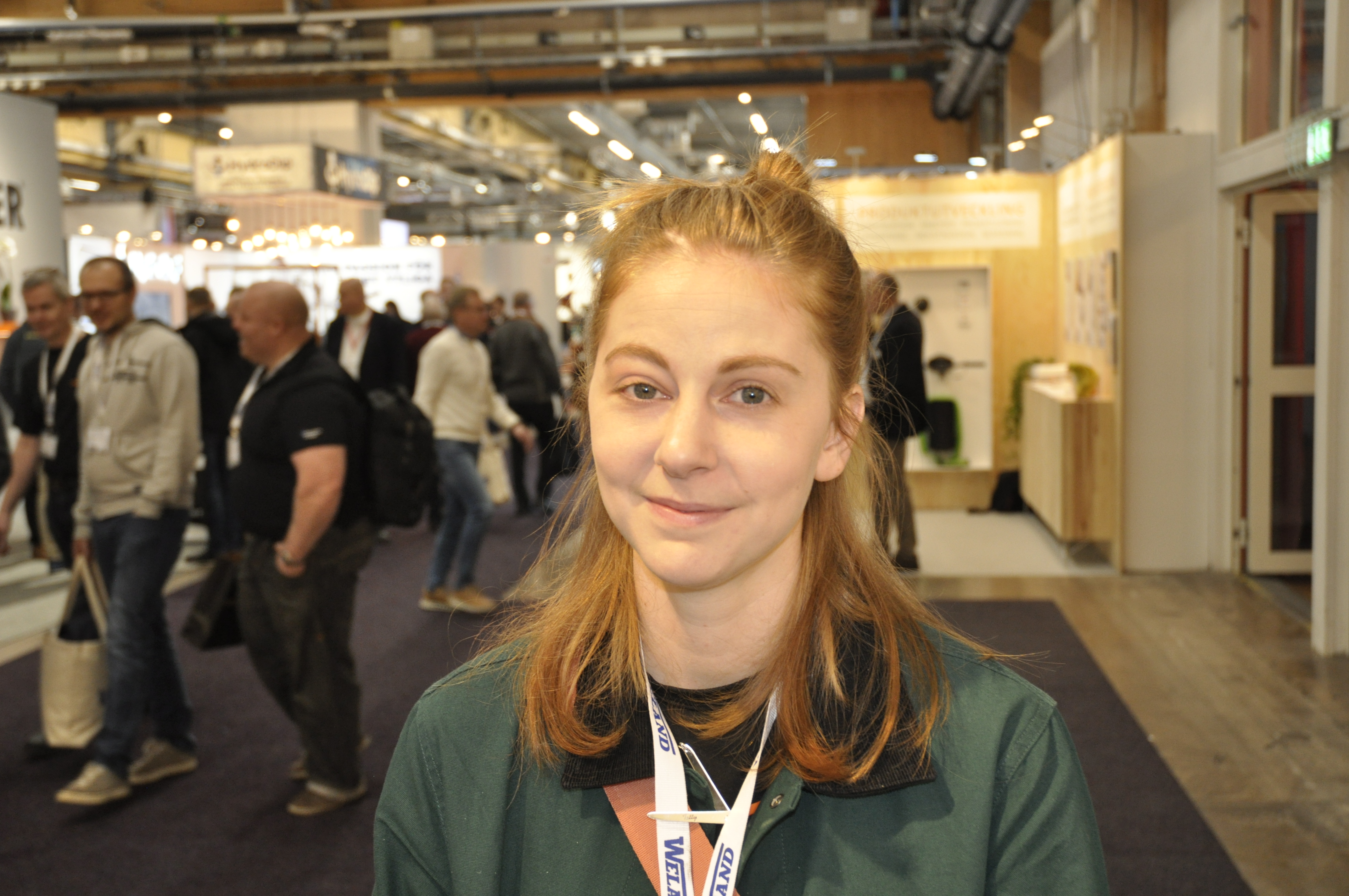 The inventor and Youtube star Simone Giertz has always been interested in building and creating things, but first discovered the joy of technology after her school years.

The inventor Simone "Queen of Shitty Robots" Giertz has over 2.6 million followers on Youtube and is happy if she can increase interest in technology among young people, even if that was not the main purpose of her films from thebeginning.

“There is so much fun you can have with technology, you just need the tools for it,” she says.

Simone Giertz has reached a large audience on Youtube, among otherplatforms, with videos about her self-built robots that, for example, fix your breakfast, chop vegetables or wake you up in the morning with a rubber hand slapping your face. Common to many of her inventions is that they are not perfect, in fact sometimes she ends up getting breakfast in her lap or the rubber hand tangled up in her hair. She has also been involved in bigger projects, such as when she, with the help of others, converted her Tesla Model 3 electric car into the world’s first Tesla pickup truck, which she named the “Truckla”. The new vehicle worked as it should have, without any unexpected or comical outcomes.

"Then I really fell in love"

Simone Giertz does not have any technical education and it was only when she first understood what she could do with technology and use it in a creative way that she became interested in it. This epiphany happened in her adulthood, just a few years ago.

“But then I really fell in love with it. Before this, I never really wanted to learning things just for the sake of it, only the things I needed in order to build a machine,” she says.

Interest in technology among young people in Sweden is low and one could think that Simone Giertz started up her Youtube channel to reverse that trend, and appeal especially to young women.

“I could say that yes, that was always the idea, but it wasn’t. It's a great bonus effect if it happens and I want to share my enthusiasm with others, but I started this because it was so fun. Having said that, it is important to make technology investments for young people. We need better solutions to many of the problems we have in the world and technology is a clear way forward,” says Simone Giertz.

Her advice to young people interested in technology is that they should allow themselves to spend time on what they are interested in, even if they do not have a clear goal with it.

"We are good at thinking that something that is boring is important, and that it is only important if it is boring. Even for myself, if something is too much fun I almost feel guilty for spending time on it and that is so stupid. It is the things you enjoy doing that you are good at. I would never have managed to create this job if I had not allowed myself to spend time on things that I like, which was ShittyRobots, without really having a clear goal with it. And so it turned out that other people thought it was fun too."

"I would not have chosen that title"

She got the epithet Queen Of Shitty Robots when she started posting her movies on Reddit.

"I would not have chosen that title, because it is a bit embarrassing to call yourself a "queen", but if you can’t beat them, join them,” she says and laughs.

Motivation is key for Simone Giertz.

“It is very important that I invest 100 percent into what I do and I think people notice that. If you think something is fun, interesting or cool, then probably other people thinks it is fun, interesting or cool too. But it is also a challenge, because if I work too much or push myself too hard, I stop feeling excited about it and then everything fails. So I need to nurture my enthusiasm.”

Gyro Gearloose as a role model

As a child, she had Gyro Gearloose from the stories of Donald Duck as a role model, so the question is what does she think of him today now that she is an inventor herself?

“I think it is quite funny that I had a better idea of ​​what I wanted to do when I was seven years old than when I was 17. Back then, it was fun to call yourself an inventor because it sounded like you came out of a comic book. An inventor solves problems and creates new things. I think that many people are inventors without actually calling themselves that,” she says. 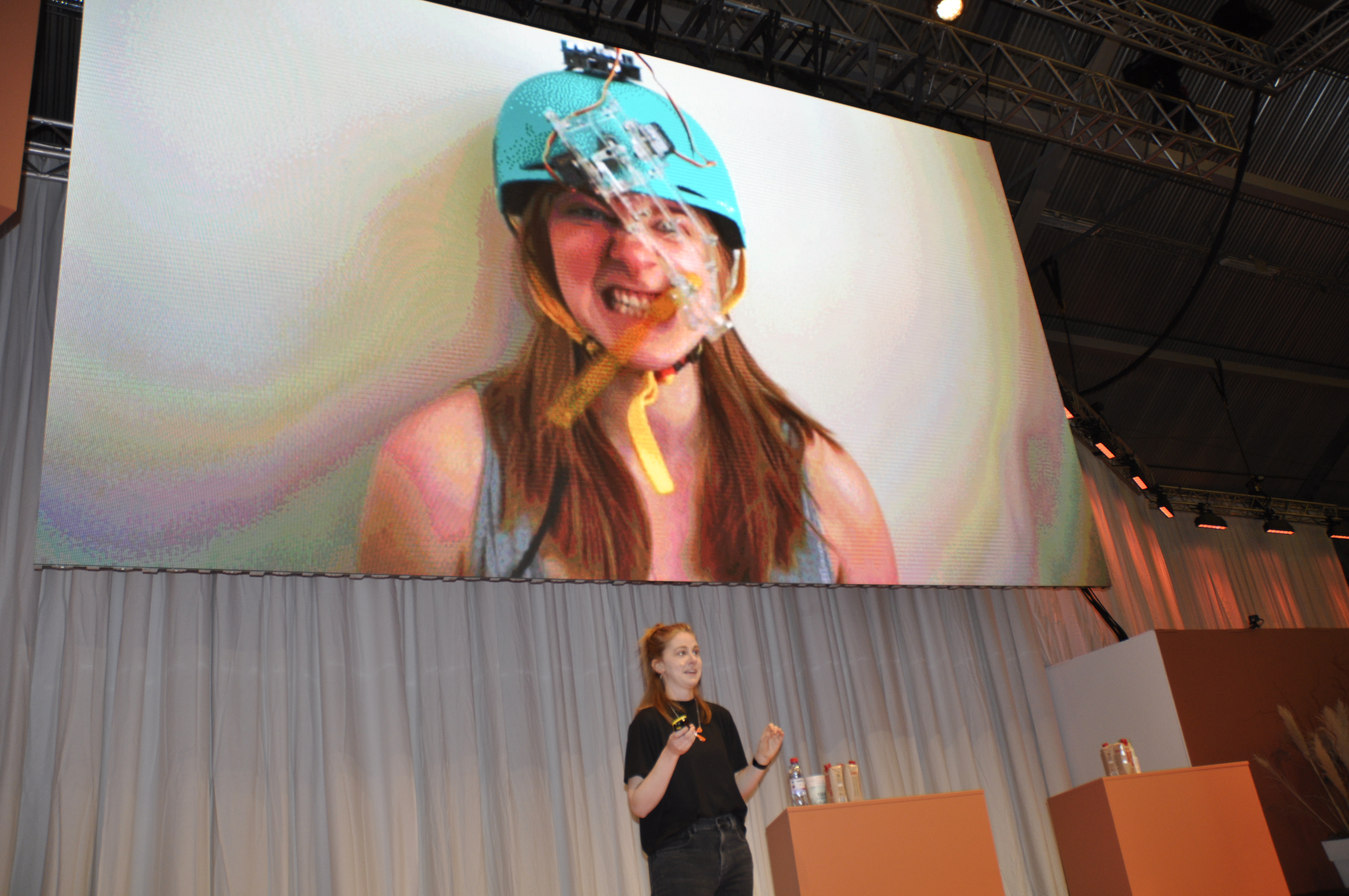 Simone Giertz has reached millions of viewers on YouTube with the films about her self-built robots. Here she wears her toothbrush helmet, which brushes her teeth …even if not very well.