On March 4th 2016 the ILSCM Programme, including exchange students in the Logistics Firms and Services course, visited IKEA Torsvik.

After a short bus ride we arrived at the large facility. There is both a distribution centre and a customer distribution centre, and it was the later the group visited. This is a relatively new facility which has followed IKEAs expansion into e-commerce. After an introduction in the cantina we proceeded to the facility and followed the flow all the way from receiving goods, breaking bulk through the automatic and manual parts of the facility. This is a very busy facility and we were split into four groups for practical reasons. There was ample opportunity to stop and ask questions - both students and our tour guides were very engaged, so much so that they had to be hurried along to make the bus back to JIBS. 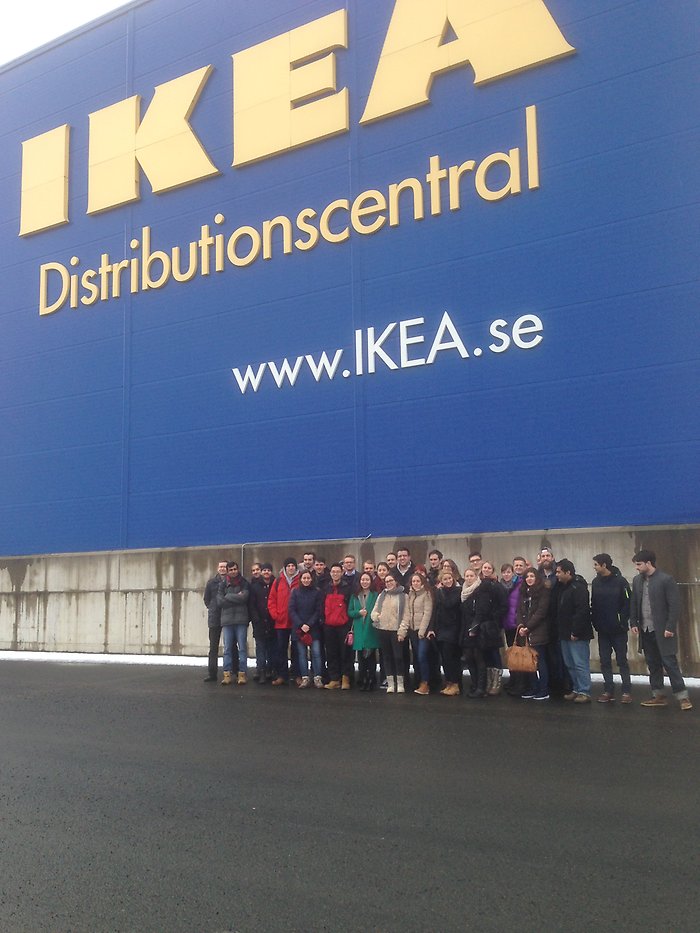