Greeting from the president

A summer greeting from Agneta Marell, President of Jönköping University.

Early summer 2021. Rarely has the light, warmth and sunny scents of summer been more anticipated. Even more heartwarming is that most indications show that we can be back on campus and open for business when the autumn term starts. Exactly how, and to what extent, is still too early to say, but it feels hopeful and inspiring.

We have recently received several good news. One is the EU Commission's approval of Sweden's application to establish a European competence center for social innovation, ‘Meeting place Social Innovation’, MSI. This means that Jönköping University and four other Swedish universities will gather and exchange knowledge in the area together with actors from Spain, France, and Latvia. Another positive message is that JU has been granted a graduate school within the framework of the research bill's call for teacher educators.

The total number of students who want to study at JU this autumn is increasing compared to last year. In total, just over 28,500 people have chosen to apply for programmes or courses at JU this autumn, an increase of 18 per cent. It is gratifying that the search pressure is good and that so many choose JU. I look forward to welcoming a new group of curious students for the summer semester and in the autumn.

At European level, major changes are rapidly under way in the higher education sector. The development can be described as a clear political ambition to integrate education and research and to form a stronger Europe with outer borders. New opportunities surface with educational collaborations in focus and JU's researchers will take part in exciting international research projects.

Significant changes in the research landscape are also taking place in Sweden. Last autumn's research bill proposes, among other things, that the basic grants will be distributed according to the higher education institutions' profile areas. JU is today clearly profiled in several areas and during the autumn we will describe our strong research and education environments and highlight our visions for the future.

JU has been part of Mirai 2.0 for almost a year by now. Mirai is a high-profile collaboration between Swedish and Japanese universities with a focus on aging, AI, and entrepreneurship, areas that suit us very well. At the beginning of June, Mirai Research and Innovation Week was held and young researchers from JU participated. Another collaboration that we recently joined, and that has just been granted national funding, is SASUF. In SASUF Swedish universities have joined forces to collaborate with their counterparts in South Africa.

JU has signed the Magna Charta Universitatum, an international declaration on the role of higher education institutions in society. The document establishes the fundamental values of higher education institutions, including autonomy, independence, dissemination of knowledge, and the important relationship between education and research. The declaration was drawn up in 1988 and has now been signed by almost 1,000 universities in almost 100 countries. It is important for JU to safeguard autonomy, freedom in research and education, and international mobility. A signature implies that JU upholds an academic community of values together with the rest of Europe and the world. JU signed the declaration on 16 June.

An exciting step within collaboration is the new combined positions that JU has set up together with Region Jönköping County. The combined positions will, in addition to strengthening the research and education environment, increase the exchange of skills between JU and the Region Jönköping County. This is another step towards the modern dental education that we are invested in starting at JU.

We are planning for a visit to the campus by the Minister of Higher Education and Research, Matilda Ernkrans, on 15 September. It will be great to show the Minister our activities and our campus. However, right now there is some uncertainty about the governing situation is Sweden so maybe we need to postpone. Last time the visit was stopped by the pandemic, we'll see what happens now.

Despite the exceptional challenges that the pandemic has placed up on JU, especially considering our strong international profile, we can summarize a year of great achievements: We have received new large research grants, our employees have received fine awards, and the university has been re-certified by the EU as a university with very good prerequisites and the right ambitions to offer academic teachers and researchers excellent working conditions. We have also received an acknowledgement that we maintain very high quality in our education, and we have entered several new collaborations. JU's activities show strength and drive.

Before I wish you a wonderful summer, I want to thank all employees, students, and partners for solid and important efforts for JU during the past academic year. Despite the Corona pandemic and a challenging work situation, we have achieved a lot together.

I will spend the holiday continuing to build on our cottage in Kittelfjäll, and I also plan to hike at Riksgränsen with my sons. I will attend a herding course with our dog Enzo, the Border Collie. Initially I had hoped that we could make a good chanterelle-sniffing dog out of him, but we've had to give up on those ambitions. We're now focusing on sheep herding, even though he must first overcome his fear of sheep.

I wish you all a nice summer and a warm welcome back to campus when the autumn term starts, perhaps more long-awaited than ever before.

With the hope for a wonderful and strengthening summer,
Agneta Marell, President Jönköping University 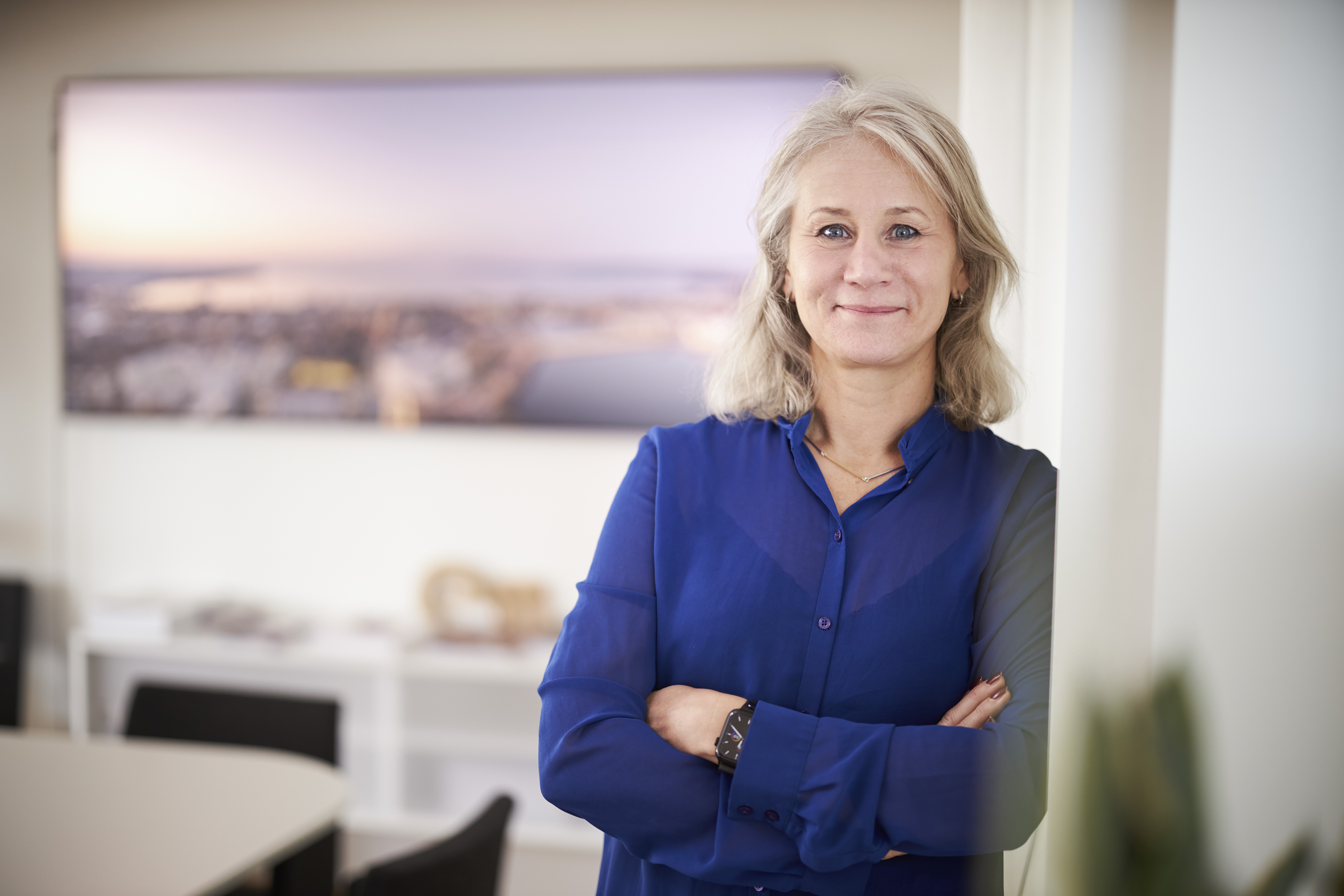