CEnSE Director Johan Klaesson is visiting Cambridge University, where he has given a seminar at the Department of Land Economy. 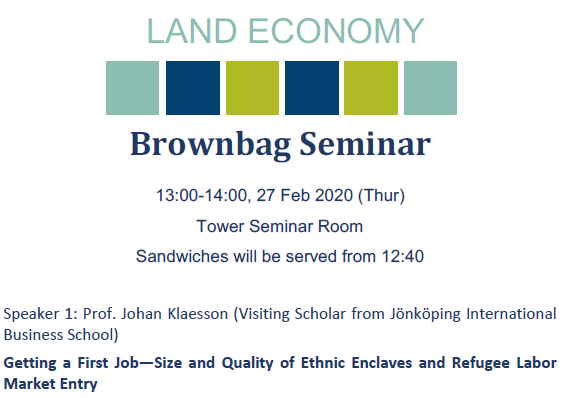 Abstract: We analyse the relationship between residence in an ethnic enclave and
immigrants’ labour market integration with respect to finding a first job in the receiving
country. The analysis distinguishes between the size and the quality of the ethnic enclaves, where quality is measured in terms of employment rate among ethnic peers in the same neighbourhood. We use longitudinal geo-coded registry data for two distinct groups of immigrants arriving in the larger Stockholm labour market region to investigate their initial labour market contact. The first group of immigrants moved from the Balkans in the early 1990s following the Yugoslavian war, and the second group arrived from the Middle East following the second Iraq War in 2006. We estimate the probability of finding a first job using probit models and complement the analysis with additional duration models. To draw causal inference, we use instrumentation that combines initial neighbourhood variables with citywide variation over time. We find robust empirical evidence that the employment rate of the respective immigrant group in the vicinity facilitates labor market integration of new immigrants. The influences of the overall employment rate and the share of co-nationals in the neighborhood tend to be positive, but less robustly so. Our results are in line with the notion that the qualitative nature of an enclave is more important than the sheer number of
ethnic peers in helping new immigrants find jobs. 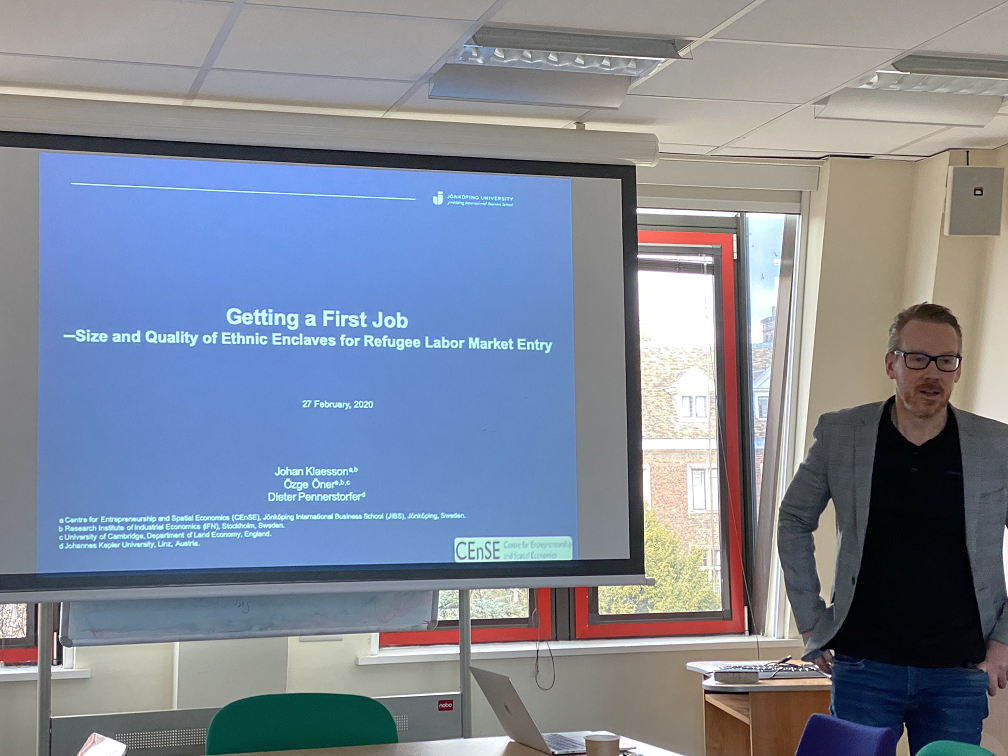