One of the Nordic region's largest suppliers of round poles!

SIRU 2.0 is financed by by Tillväxtverket with EU funding, and by Region Jönköpings län.

If you have a broom in the garage or play drums, the chances are high that you have a product that has been manufactured by Solbacka Rundstavsfabrik

External link, opens in new window.. The company was founded in 1951 and has today the third generation of the family working in the company. Today you will find the factory in Ölmstad, one of several places you drive through on the way to Gränna from Jönköping. But from the beginning, the company was started by the carpenter Jean Jansson in the small village of Solbacka a few kilometers north of Ölmstad. From the beginning, pallets and the like were manufactured, but after a visit to Nässjö in 1951, they brought home the idea of ​​round poles. And it was just the right time, for the following year Queen Elizabeth was crowned in Great Britain - and 1.2 million flagpoles were ordered from the small company! Today, it is no longer flagpoles in production, but a lot of broomsticks and a lot of slats for the stair industry in both Sweden and Norway. Of slightly finer wood - oak, ash, and birch - there is also material for other furnishings (such as hat shelves and shoe shelves), and also for drumsticks. And unlike some other companies, the pandemic has meant a boost for the business, in terms of demand for their products. 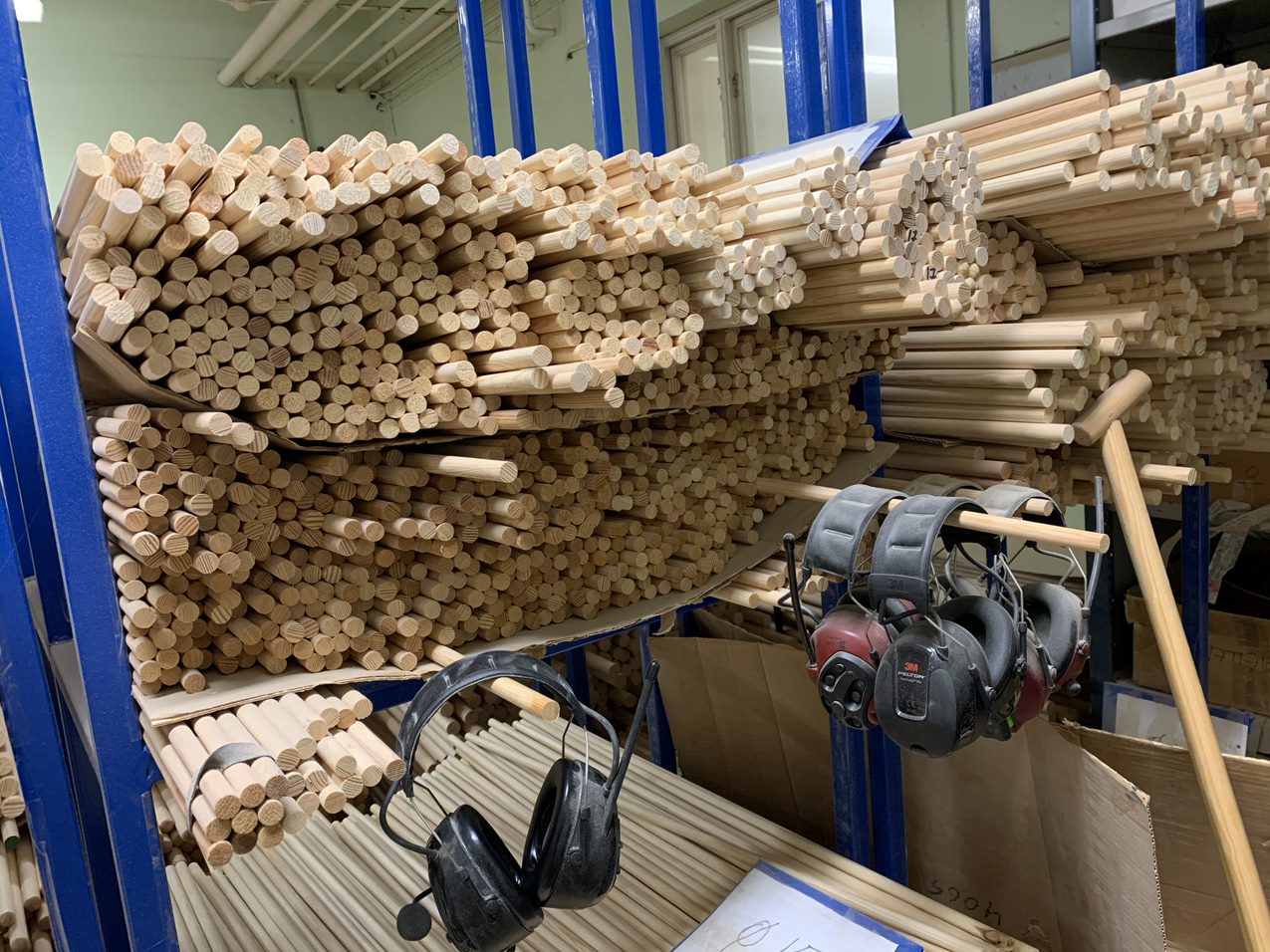 In which areas is the company committed to sustainability and social innovation?

The company works on a small scale with industrial symbiosis and circularity.

As early as 1967, Solbacka began using its own waste products (wood chips and shavings) for heating. But the company produces more waste than they need for their heating and today several other organizations use Solbacka's waste. The nearby wood company Ötab buys wood chips for heating and chips for the production of pellets. In other words: there is industrial symbiosis on a small scale. And the local church where several employees are members can buy wood chips for their own heating at a discounted price! They have also tried to use sawn-off round bars to make kitchen accessories, such as potholders, instead of burning them but so far only to a limited extent.

An unusual symbiosis that the company has created focuses on logistics together with the nearby second-hand shop 'Hjälpen' and the non-profit organization SAM-hjälpen. Several times during the year, Solbacka needs to bring home products from subcontractors in Poland and then they coordinate the transport with relief shipments to Romania and Eastern Europe. The truck that drives relief shipments from Sweden returns through Poland and picks up the company's cargo on the way home.

The company recruits primarily from the local area.

Solbacka is clear that their size (only 6 full-time equivalents) means that they can not afford to recruit individuals who do not work in the business, and preferably not individuals who they think leave after only one year - it costs too much simply to train them. At the same time, they want to support both their own area as well as individuals who are at a stage in life where it can be difficult to get a job. Since the company's owners live in the area, they have good local knowledge, and this means that they often know what needs there are and who it may be that needs a job. They are clear that they prefer to recruit from the local area (Gränna, Ölmstad, and Kaxholmen), but emphasize that they are vulnerable and can not afford to make recruitment mistakes. In a smaller company, there is not as much 'buffer space' as in a larger organization, and then you do not take on personnel investments that you do not think will last in the long run. Therefore, trainees or younger people who are between school and higher education are rarely taken in. At the same time, once you believe in a recruit, the company is very flexible when it comes to adapting working hours and the scope of work (= percent) to the needs of the employee.

Solbacka is a sponsor partly to the local sports association (ÖIS) and partly to various church activities. This sponsorship is primarily towards a local free church where they contribute prizes to lotteries and sell wood chips for heating at a subsidized price, but also to a local association that works with second-hand and relief work in Romania.

How does the company address societal challenges in an innovative way?

Solbacka's contribution is more about several smaller initiatives for collaboration in and for their local area, than about a single major innovation. When making decisions, the question is usually "Can what we do benefit individuals or organizations in our area?" . If one alternative benefits the local community more than another, it is often the route chosen. Innovation is about the ability to find synergies! 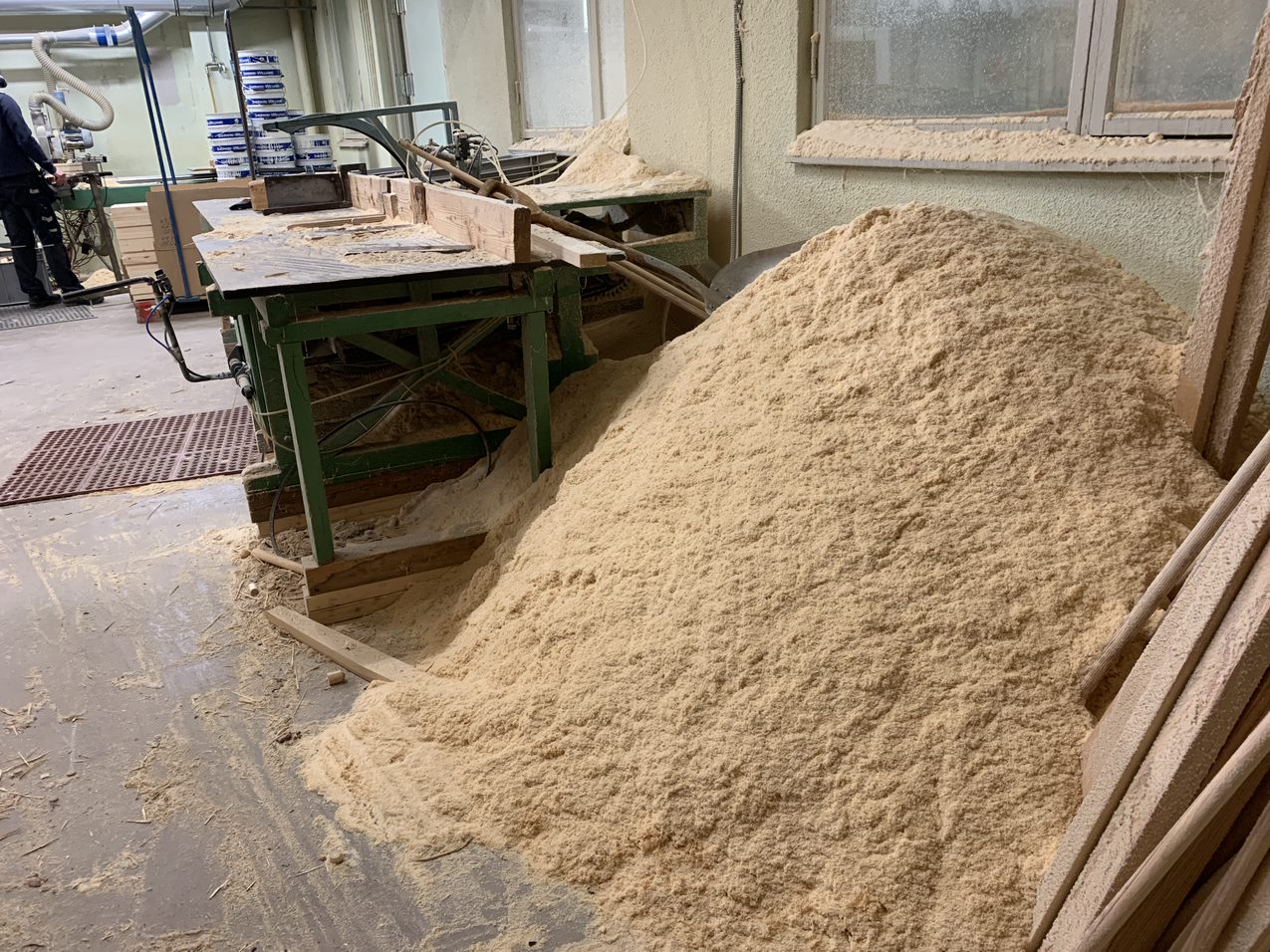 What societal benefit does the company create?

The company creates 'indirect' jobs for individuals in its immediate area, by largely hiring local companies to equip and maintain its own workshop.

The company helps other companies and local organizations reduce costs and emissions by offering factory waste as an energy source.

The company collaborates with the local community association life in a way that reduces their costs.

The local village becomes more 'resilient'. That is: it becomes more self-sufficient in terms of labor and energy, and its capacity to deal with and recover from external 'shocks' and changes increases.

What makes the company particularly interesting as an example?

Solbacka Rundstavsfabrik is a small company that applies sustainability and social innovation on a small scale. What they do is not so visible to the public, journalists, and politicians but at the same time, Solbacka illustrates the small companies' contribution and potential. Nothing spectacular has been done, but through long-term collaboration, the company contributes to promoting a vibrant local community.