Book and film club in February

In February, the library's book club runs a collaboration with the City Library's film studio. In the book club, we will read the book Carol by Patricia Highsmith. We are also invited to see the film with the same title for free at the City Library. 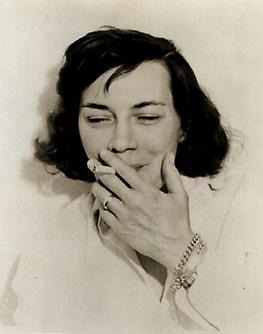 The American author Patricia Highsmith is perhaps best known for her books about the ruthless serial killer Tom Ripley, but she is also the woman behind the classic Strangers on a Train (filmed by Alfred Hitchcock) and the romance novel Carol. The book, which is about a passionate love story between two women, was first published in 1952 under the title The Price of Salt and under the pseudonym Claire Morgan. 40 years later, the book was republished, now as Carol and under Highsmith's real name. The film, with Cate Blanchett and Rooney Mara in the leading roles, was released in 2015.

The film will be shown at the City Library on Thursday, 22 February. You register with us in the book club if you want to see the film.We will meet and discuss the book in the library on Tuesday, 21 February. Of course, it is fine to just read the book and come and discuss it.

We welcome both students and staff to the book club! Please contact Frida Welander if you want to join: