JU:s (Jönköping University) inauguration and conferment ceremony will be held on May 21st, 2016. Professor Pramodita Sharma, a world renowned family business researcher, will then be appointed honorary doctor.

Pramodita Sharma is the Sanders Professor for Family Business at the University of Vermont. She is awarded an honorary doctorate at JU for her important contributions as an internationally leading scholar in the establishment of family business research as a management research field, and for important contributions to the development of research in the Centre for Family Enterprises and Ownership, CeFEO.

Pramodita Sharma holds an honorary doctorate from Witten/Herdecke University in Germany; served as the Academic Director of the Global Successful Transgenerational Entrepreneurship Practices (STEP) project; received the prestigious Barbara Hollander award at the 25th anniversary conference of the Family Firm Institute; is the Editor-in-Chief of Family Business Review, the co-founder of the Family Enterprise Research Conference and the founding Chair of the Annual Global Family Enterprise Case Competition.

Pramodita Sharma has contributed to the progress of the research field, both at JIBS and globally. She has visited Jönköping University and JIBS a number of times, including two periods as the Toft Visiting Professor of Family Business Studies. Her research orientation is a true combination of two of the strategic profiles of JIBS, entrepreneurship and ownership.

At the Inauguration and Conferment Ceremony on May 21st, all full professors employed since the last ceremony will be inaugurated. Honorary doctorates are conferred and doctoral degrees are conferred upon those doctoral students who have defended their doctoral thesis before 1 Februari 2016. Public lectures will be held by the new professors and the honorary doctor on the day before the ceremony. 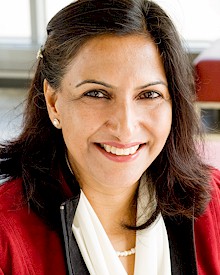