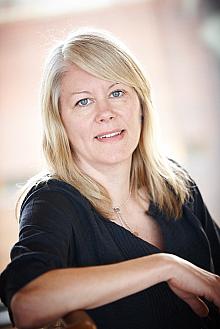 Between 2009 till 2011 Carin Falkner will take part in the research project "Democratic learning processes in educational NGOs" in cooperation with researchers from Linköping and Örebro University, financed by Vetenskapsrådet. Between 2007-2009 Carin took part in the research project "Changing in the praxis of the Swedish folk high school" at Örebro university, also financed by Vetenskapsrådet.

In 2007 Carin Falkner received her PhD in pedagogy from Örebro University. Her doctoral thesis, "Computergaming as Bildung and Culture. A hermeneutical study of Computer Gaming", focuses on what it means to young people to play computer games. The result shows that playing computer games makes the time that passes by meaningful. Playing computer games is a longing for community, and to be a member of a community provides the opportunity to become someone in relation to others. Carin also has a background as a recreation instructor.