Educator Centre for Academic Teaching and Learning at JU

Educate's name and symbol have been developed to reflect our mission and objectives in a broader context.

The name is as close as possible to the original in President's Decision §958: 'Center for Academic Teaching and Learning'. It is because of this name that "and Learning" has been included in the name, although it is not possible to incorporate it into the acronym itself.

The acronym makes a clear statement because it is a verb that can be read as an imperative verb. It is a description of our purpose, to educate, and at the same time an encouragement to everyone, educate! Using the term educator establishes the idea that the centre is for educators, but also by educators.

When you receive emails or printed materials from us at Educate, we often sign with our own name and the Educate symbol so you know that the information comes from us at Educate. When you see the symbol on someone's door, you know they are part of Educate. Both digital and printed materials have the Educate symbol, so you always know when we're sending information. 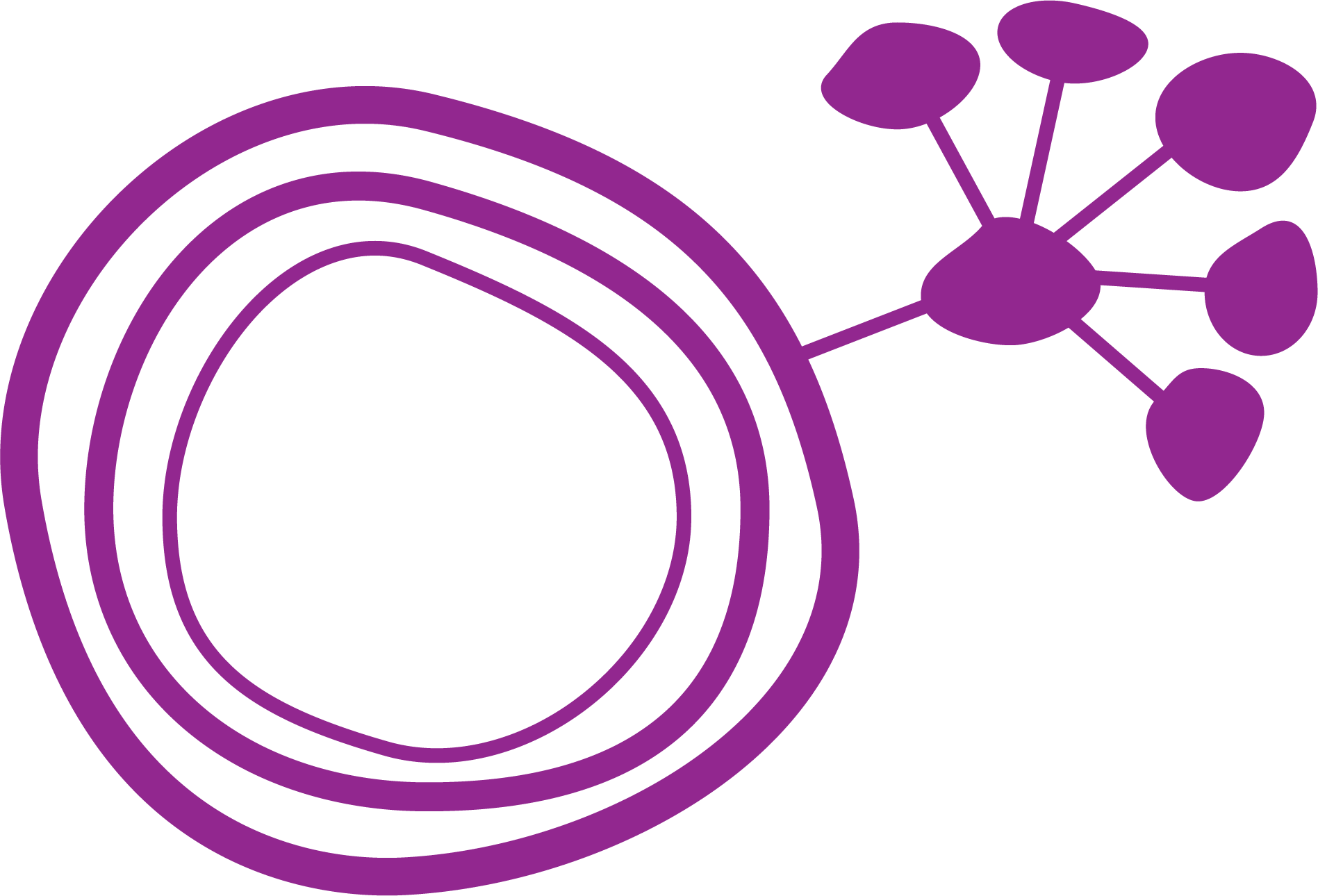 The symbol is reminiscent of a growing seed, or a dandelion seed, that spreads to other places to grow, like ideas that spread and propagate from the centre. The concentric circles may symbolize a center, and the organic shape they take is also linked to ripples in water. The smaller and thinner circle on the inside and the larger but also thicker circle on the outside are in contrast to how ripples propagate through water, but symbolic of the idea that the small group at the center spreads ideas that resonate and grow more and more, perhaps also suggesting the concept of constructive disruption in physics. Organic shapes also embody the idea that the services of the centre will evolve dynamically with a basis in the needs of the teacher and new evidence.

The circles are linked to the network of five nodes, each representing one of the companies at JU, all connected via the same hub, JU, to the EDUCATE centre. Each of the nodes is shaped differently, in organic forms to symbolize its own development and growth, all part of the whole.

The symbol is in JU purple but can alternatively be presented in white or black depending on circumstances and background. The name has the added advantage of being able to be combined with JU in slogans, such as "We EDUCATE JU" (pronounced as "you"), and the email address EDUCATE@ju.se (read educate at JU).

Sometimes we simplify the symbol for use as a watermark or graphic element when designing PowerPoint presentations and similar materials, for example. Then we use only the rings, i.e. the small seed. You can also find it at the bottom of all pages on the Educate website.