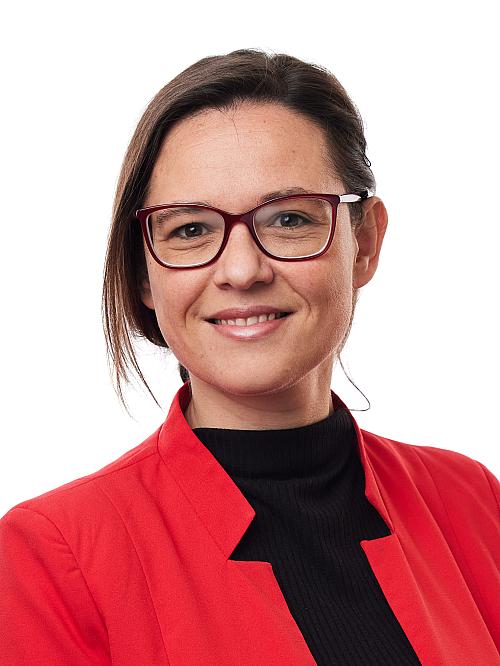 Caterina Zanella holds a PhD in Materials Engineering from University of Trento, Italy, awarded in 2010.

After a post-doc period and some industrial experience as coating specialist, in 2014 she was awarded the Marie-Curie/VINNMER fellow in the framework of “mobility for growth” program and started an international exchange period of 20 months between SP in Sweden and University of Trento in Italy. She spent that period to develop as independent researcher with a personalized development plan and collaborating to a research project on smart coatings.

In 2015 Caterina Zanella was merited with the Docent title in Corrosion and Surface Technology and since then she works as associate professor at the School of Engineering of Jönköping University.

In the same year she has been nominated member of the European Academy of Surface Technology (EAST) where she works actively to increase international collaboration and young scientist training.

Caterina is active in the internationally, working in European research projects and PhD networks, as well as acting as expert for the H2020 projects monitoring and reviewing actions.

At JTH, Caterina started a research group fostering 3 PhD students and a post-doc, developing new knowledge in the field of surface technology with national and international partners.

She is a passionate teacher and is responsible for courses at master and PhD level.

Corrosion is a natural degradation process that most materials undergo when in contact with their working environment and can lead to failure. To protect materials from this degradation and to increase their durability, surface treatments can be applied to create new surface properties that the bulk could not achieve alone.

The innovation and development of new technology as well as more demands for a more sustainable use of resources increased the need of new surface treatments and more environmentally friendly processes.

In this field, Caterina´s research focuses on the application of electrochemistry to metal surfaces to study and understand their degradation mechanism and to produce new functional protective layers.

Coatings and bulk are studied as an integrated system, where the new property is the result of their combination and interaction. The research covers the synthesis of the surface treatments as well as the characterization and evaluation of the combined performance.

New metallic plating systems focus on the development of new plating bath or of the process for producing alloys that nowadays are not produced by electroplating or to improve the environmental sustainability of the today processes.

Functional dispersion coatings are layers where two or more different materials are combined to obtain a surface with enhanced and tailored properties. By dispersing particles with a special functionality in a metallic matrix, combined final properties can be obtained. For example by dispersing solid lubricant particles in a metal a self lubricating coating can be obtained.

Anodizing is an electrochemical treatment of alluminium alloys that creates a protective oxide layers on the metal surface increasing both protection and aesthetical appearance.

In general, all these topics the research is designed to study how the process parameters affect the surface performance and to tailor the process to the desired properties.

The research method is based on the experimental research where surface treatments are performed at lab scale varying a process variables, and the resulted material is characterized and evaluated to create a feedback for process optimization.

Zhu, B. (2016). Effect of Si particle modification on the growth and microstructure of anodised aluminium oxide.
Pinate, S., Eriksson, F., Leisner, P., Zanella, C. . Effects of particles codeposition and ultrasound agitation on the electrocrystallisation of Ni nanocomposites.
Zhu, B., Santos, J., Jarfors, A., Zanella, C. . Influence of Mg content on the fatigue behaviour of Al-Si-Mg alloys by rheocasting process.
Zhu, B., Zanella, C. . Influence of Fe-rich intermetallics and their segregation on anodising properties of Al-Si-Mg rheocast alloys.
Sainis, S., Zanella, C. . A localized study on the influence of pre-treatments on the surface condition of cast Al-Si-Fe and Al-Si-Cu-Fe alloys and their effect on cerium conversion coating deposition.
Sainis, S., Zanella, C. . A study on the localized cerium coating deposition on Fe-rich intermetallics in an Al-Si-Fe cast alloy.