”It was a dark and stormy night”

Why are we fascinated by horror stories? How has it changed throughout history? Has the pandemic affected how we view horror? Together with Mattias Fyhr, associate professor and horror researcher at the School of Education and Communication, Jönköping University, we dive into the multifaceted world of horror.

Horror stories have probably existed as long as humankind and can be found in all cultures, with different themes. It has evolved from stories told around the campfire to today's zombie series on TV. Horror stories reflect what people were scared of in those times and in those cultures. In older cultures, such as ancient Egypt, Greece or Rome, a common theme was that people who did not get a proper burial came back as ghosts, which seems to have been a fear then - and suggests that funerals were important.

In Scandinavian folklore, tales of illegitimate children who were murdered and buried by their mothers and became mylings, a type of wraith, were quite common. One theory is that this was to scare women into not have extramarital sex - but it can also be that the legends were told by women to process real problems or events.

Horror stories are probably not only a way to process our fears – literature, both written and oral, has always been about entertainment.

“There has also been a pleasure in taking part of horror stories. Aristotle said that we can enjoy things in art that we do not like in the real world. What these pleasures consist of is a big topic in itself,” Mattias Fyhr says. 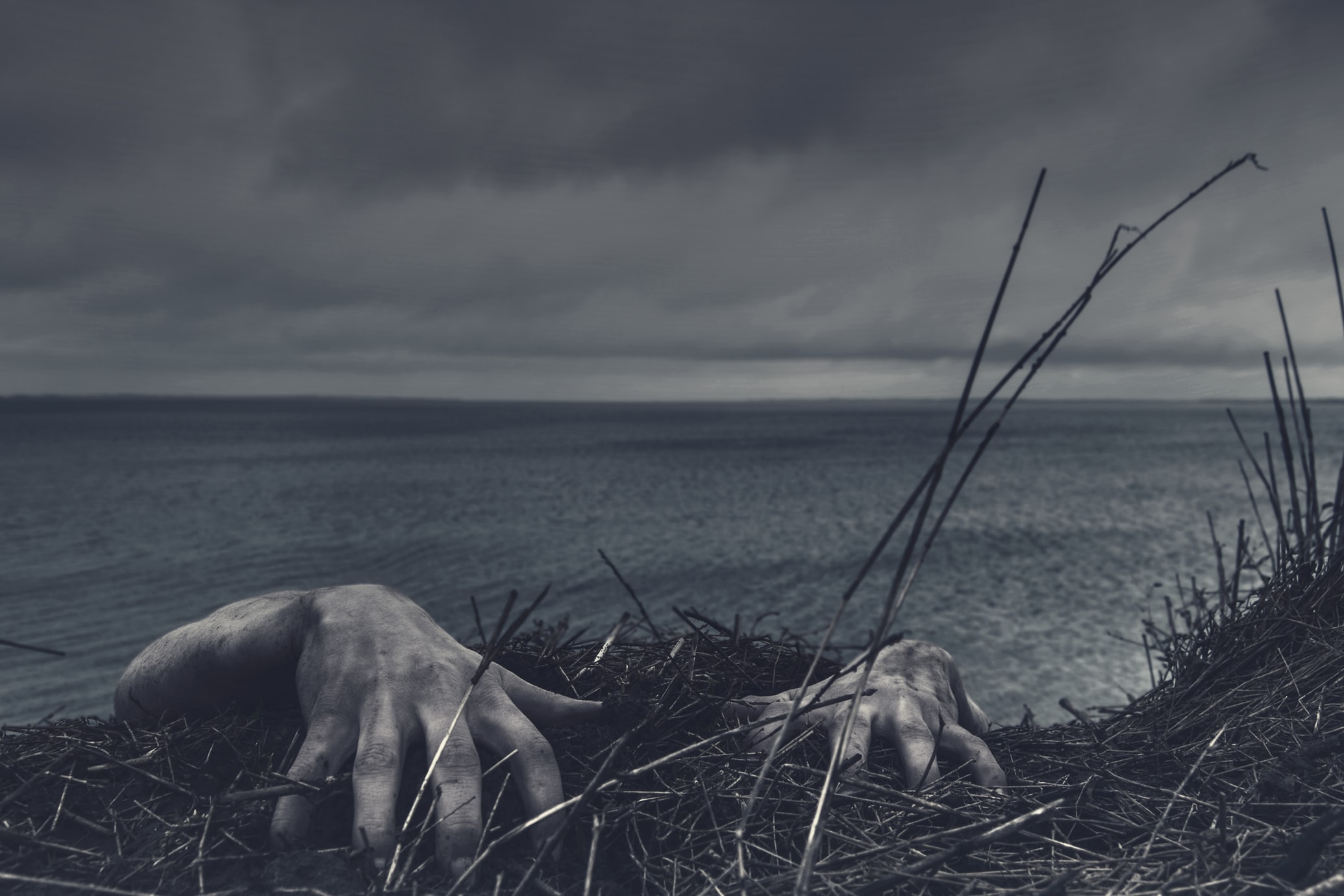 The Lord of the Rings author J.R.R. Tolkien believed that fantasy is actually about reality, even if not everyone understands it. His reasoning can also be applied to horror.

“Tolkien wrote that it may be that fantasy is about monsters that fly in the air or swim in the oceans, but these stories take us back to the air and the sea, to basic things such as fire, rocks, wine, grass, and animals. Unlike “serious” literature, which, according to Tolkien, is rather a kind of ‘play under a glass roof by the side of a municipal swimming-bath’, which he wrote in an ironic manner, is hence something posy,” says Mattias Fyhr.

Horror stories can also serve as a meeting place between, for example, young and old people, according to Mattias Fyhr. A child and an adult can both meet in a story about, for example, ghosts. Many of the greats of literature, such as Charles Dickens, Dostoevsky, and Selma Lagerlöf, have testified to how important horror stories were to them when they were children.

In horror literature, which can be said to have taken its modern form at the end of the 18th century, various trends have been seen to come and go. The late 18th and early 19th centuries saw the emergence of what is known as Gothic fiction. Gothic fiction is said to derive from the English author Horace Walpole’s 1764 novel The Castle of Otranto, later subtitled A Gothic Story. Gothic fiction tends to stress emotion and a pleasurable terror that expands the Romantic literature of the time. 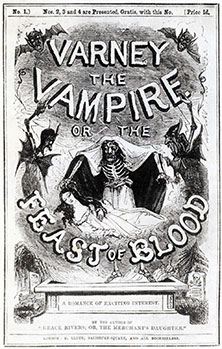 During the mid-1800s, vampires began to become popular in the Gothic horror genre. Varney the Vampire, by James Malcolm Rymer and Thomas Peckett Prest, made its debut in 1845 in weekly cheap pamphlets of the kind then known as penny dreadfuls. Varney the Vampire introduced many of today’s standard vampire tropes, such as, sharp fangs that leave two puncture wounds on the necks of his victims, attacking a sleeping maiden by coming in through a window, having hypnotic powers, and superhuman strength.

During the Victorian era, in the second half of the 19th century, it was popular with a mixture of psychology and ghost stories, often with female authors - sometimes with a spiritualist interest, such as Catherine Crowe. Among other things, Crowe published the book The Night Side of Nature: Or Ghosts and Ghost Seers in 1848. In the book, she explores and investigates various paranormal phenomena such as ghosts, doppelgängers, wraiths, precognitive dreams among other things. After this came horror based on the natural sciences of the time, as for example the works of H.P. Lovecraft, during the early 20th century.

“One can imagine that the Gothic period in the early 1800s corresponds to our 1980s and 90s. Today, when zombies and werewolves have become very well known, it corresponds to the realism in the middle of the 19th century with, for example, Varney the Vampire. And in that case, we are probably heading into a mixture of psychology and ghost stories, with elements of technology,” he says.

Horror stories are often based on distinct symbols, which in themselves can hold a lot. "It was a Dark and Stormy Night", the incipit from the novel Paul Clifford by Edward Bulwer-Lytton from 1830, is sometimes said to be the worst introduction of all time, but Mattias Fyhr does not agree.

“The sentence is said to be a cliché, but I think that it is based on elements that allow everyone to relate to it. It immediately creates a division between outside (in the stormy night) and inside (in protection). Horror usually contains such symbols already on the cover for a book or film, or on the cinema posters, and the story starts in our thoughts, before we even read the book or see the film,” he says. 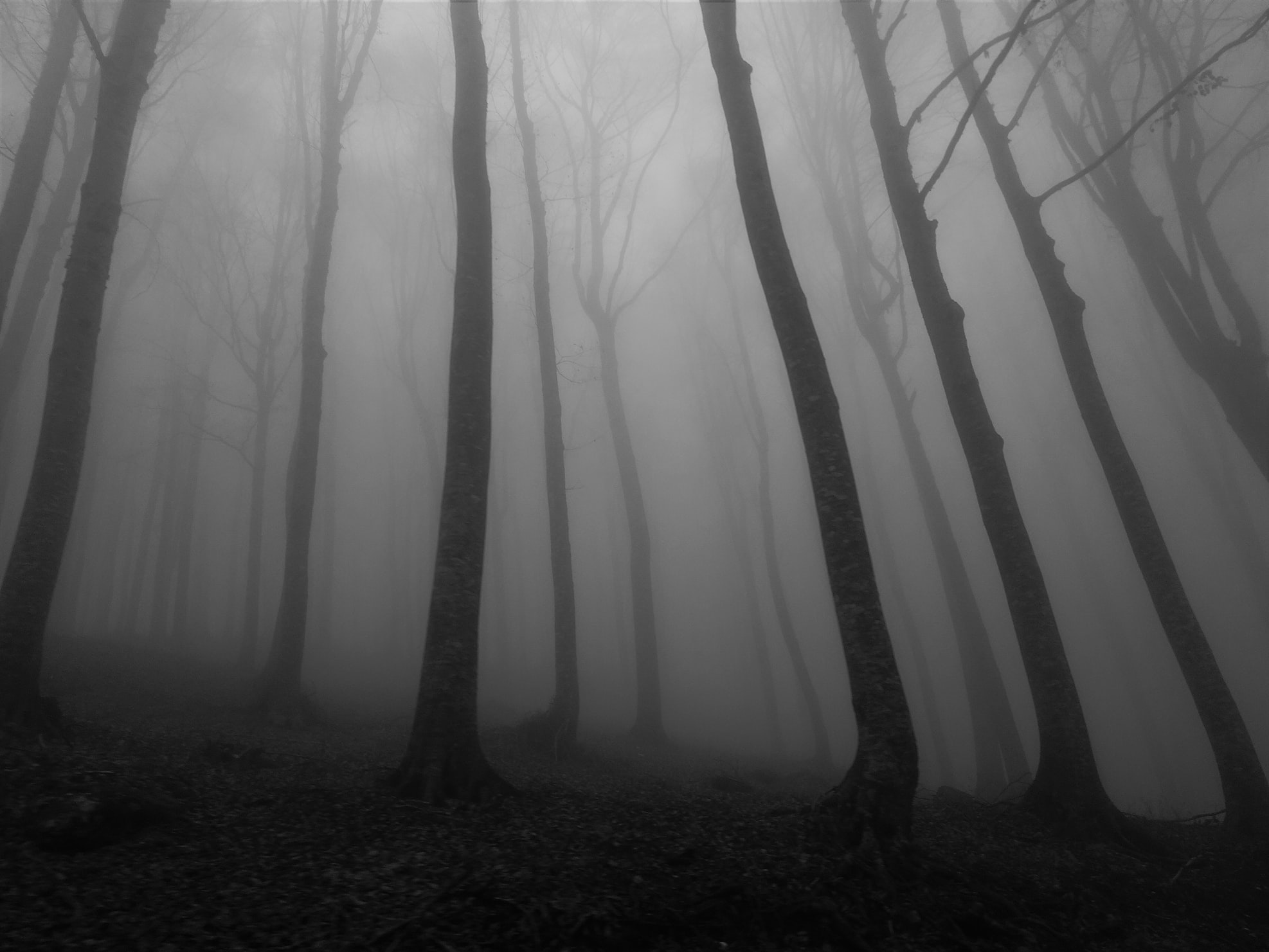 Horror during the pandemic

A question one may ask is whether the pandemic has made horror more or less popular. Speculation about whether horror is extra popular in times of unrest has existed since the 18th century and the French Revolution. Mattias Fyhr wonders, however, if we can say that times exist when there is not unrest.

"People process reality through fear, but they do this through all art, including comedies or all other genres," he says.

"People process reality through fear, but they do this through all art"

Mattias Fyhr suggests a scientific study that shows that people who appreciate horror have psychologically coped with the pandemic better than others. The study, Pandemic practice: Horror fans and morbidly curious individuals are more psychologically resilient during the COVID-19 pandemic, states, among other things, that these experiences can act as simulations of actual experiences from which individuals can gather information and model possible worlds. The results are consistent with the hypothesis that exposure to frightening fiction allow audiences to practice effective coping strategies that can be beneficial in real-world situations.

Regardless of why people consume horror, it can at least be stated that there is now horror film and literature for all tastes.

“One reason why people like horror is of course that it is such an ancient and multifaceted genre that everyone can find something there to like,” Mattias Fyhr concludes.

I would recommend anyone who has not read Ray Bradbury's short story collection The October Country to do so. It’s from 1955 but is still worth reading, and it contains a very nice mix of horror and nostalgia.

I would also recommend everyone, regardless of age, to read Barbro Werkmäster's collection The Ghost Hour (1971) as it contains a very good historical variation of ghost stories and other horror, from the 18th century to today. It’s published for children, but the stories are taken from adult anthologies, so it can serve as a book for adults and children to meet through. Just avoid its new edition, New Ghost Hour, which is bland.

Among films, you could see one of all the classic horror films, which are easy to find, depending on taste. The film connoisseur can see Andrzej Żuławski's Possession (1981), with Isabelle Adjani and Sam Neil, inspired by Ingmar Bergman.

Anyone who wants modern occult horror can be amused by Hereditary (2018).

Those who want horror as a social commentary do not have to choose films that are constantly marketed in the West, but can find films from other countries, such as Under the Shadow (2016) by the Iranian director Babak Anvari, which takes place in Tehran during Iran -Iraq war in the 80s.