This autumn, Encell, the National Centre for Lifelong Learning, celebrates 20 years as a research centre. As a national centre it has been tasked by the Swedish government to develop and disseminate knowledge about adult and lifelong learning. Here, members of the centre look back on its journey, the ups and downs, and ultimately its position today as an important player, both nationally and internationally, in the field of adult education and lifelong learning.

Just as Encell's logo shows a growing tree with many different branches, today we stand after 20 years and look at a business that has contributed to society in many different ways. Questions about how to drive forward the development of adult learning, and how society can preserve adult learning as a key and prominent part in development and growth, have been answered through Encell’s different branches: collaboration, project initiation, research, and knowledge dissemination. But these have also created many more exciting questions. 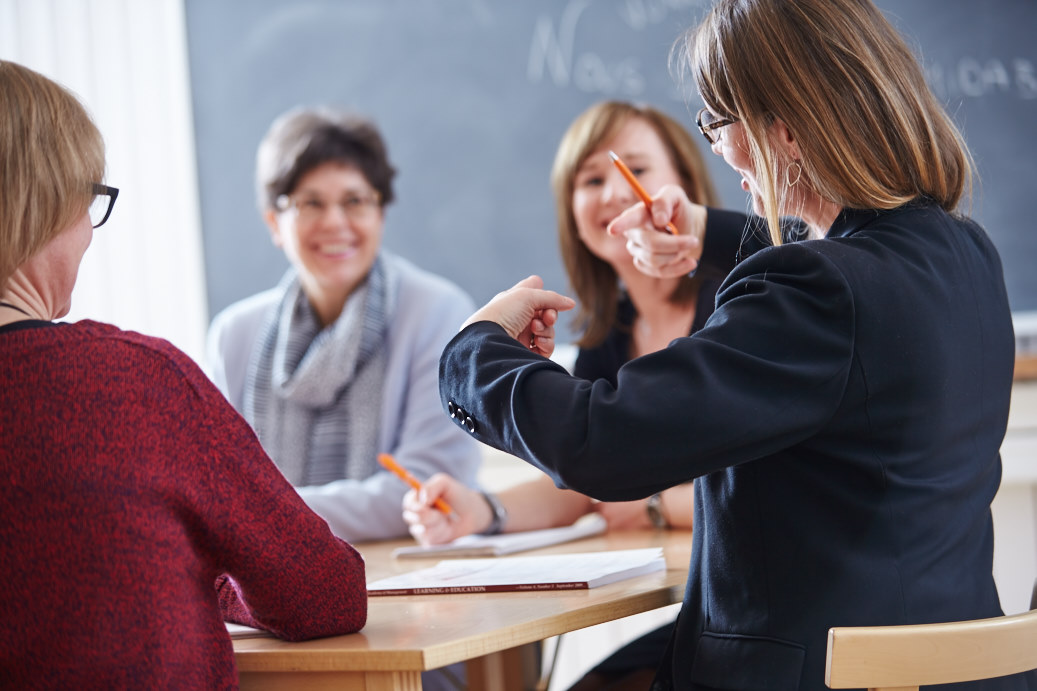 Around the year 2000, a need was formulated at government level for a national knowledge centre that could pursue issues concerning adult learning in the educational policy discussion. After a call for tenders, Jönköping University was commissioned to form the centre, and the School of Education and Communication became the organisation to host its formation. During this period, there was - as is today - a need for education and skills development among all those responsible for education, adult education, and skills development in working life.

Professor Mohamed Chaib (today Emeritus) was Encell's first leader, and together with his closest associates, the framework was built for what would emerge.

“In our ambition to build a national centre, we included the idea of ​​capturing adult learning across the board. This meant that we, for example, wanted to include learning in working life, as part of adult learning. Back then, that was a new concept,” says Mohamed Chaib 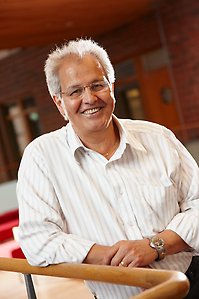 “Our competitors, who had significantly greater competence in the field than we had, were specialists who focused on delimited areas, such as ‘folkbildning’ (high schools for adults) or teacher training. We argued for a concept that would be inclusive and invite collaboration with the existing strong knowledge environments at our university and its schools. Perhaps it felt safe for the government to know that an investment in a new resource center for adult learning would not become more of the same thing, and disappear into already existing academic and organizational structures - and not least into obscure funding systems.”

What role would Encell then play in a fast-moving but exciting world? The initial period of the new knowledge centre was spent defining its assignment. At first, individual research activities were not part of the business; rather it was a networking centre of knowledge and resources. But that would soon change.

“We discovered quite soon that it is not possible to create credibility in the work of our centre if we could not stand for something ourselves; intellectually, academically or scientifically. In the harsh academic world, you can’t just spread knowledge about what others do, you must also be able to present knowledge that you can vouch for yourself. We clarified this for our client, the Ministry of Education, who approved of our position that the dissemination of knowledge must be rooted in our own legitimate knowledge. We have never been denied the right to conduct our own research, but the small grant we initially had wasn’t able to cover everything,” says Mohamed Chaib.

More resources were needed to build up research capacity. From December 2004, a reference group was formally attached to the centre with representatives from business, trade unions, folkbildning and adult education. It provided important contacts as well as opportunities for ideas and direction to be discussed. From 2006, Encell received an increased grant and an expanded assignment to conduct research in partnerships and through networks. A couple of senior researchers were recruited. These in turn later received additional external funding which led to a handful of doctoral students being welcomed. A graduate school was started.

“It was an exciting and fun time. An important period for us and for Swedish education, where the idea of ​​lifelong learning has really always been part of state education’s soul,” says Mohamed Chaib.

Encell's operations have always relied on an ability to attract competent employees, many of whom have become leaders in their respective fields. 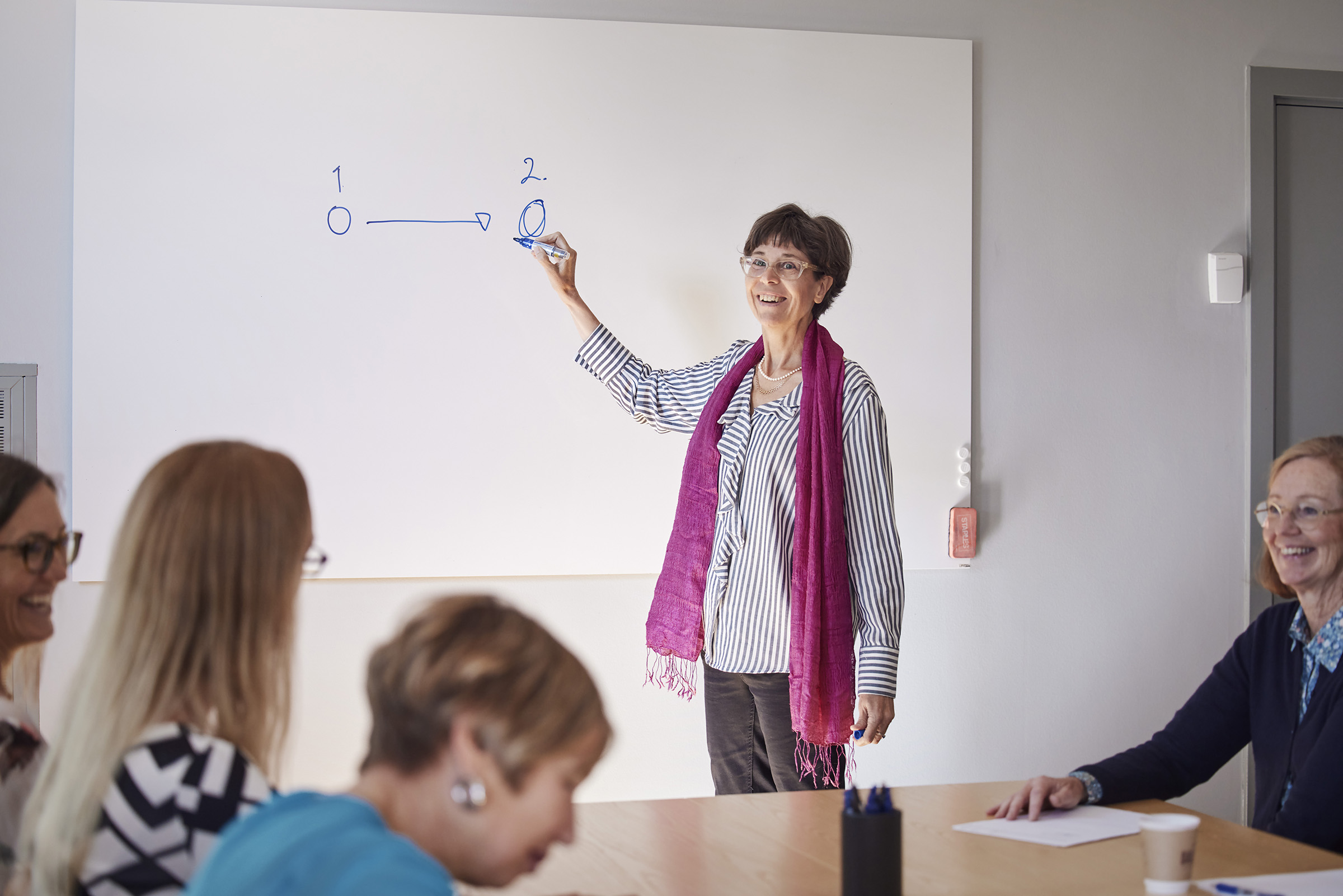 When Mohamed Chaib retired in 2010, Professor Helene Ahl took over the leadership of both the centre’s formation and the research that had begun. As a result, Encell was more clearly integrated into the activities at the School of Education and Communication. Within that framework, they have since continued to develop themes concerning adult and lifelong learning, and within different contexts. A number of evaluations have been carried out and reported over the years.

“2010 was a year of great challenges,” says Professor Helene Ahl. “The earmarked grants from the state ceased, so continued research became dependent on successful applications to external research financiers. Around the same time, the doctoral students finished and went on to other assignments. The research needed a reboot that would require major efforts. In 2011, we therefore chose to divide leadership between the dissemination of knowledge and the research to be able to make focused investments in both parts.

Helene Ahl continued to lead the research-focused part of the operation, while a newly recruited Cecilia Bjursell, now a professor, took on the work towards dissemination of knowledge. With this, the focus increased on both sides of the centre, and more investment was made in communication and conference participation. Dedicated work into social media also began.

New colleagues joined the centre and now it could hoist its sails again and continue in a forward direction. Interdisciplinarity became important for understanding complex phenomena in different ways, and among the members of the group, in addition to educators, there were also people with a background in subjects such as business administration, psychology and history.

"The challenge was to get everyone involved in research, financing via funds, research councils and collaboration agreements"

“The challenge was to get everyone involved in research, financing via funds, research councils and collaboration agreements, as well as to focus on the right things and to publish strategically,” says Helene Ahl.

It went well. The centre continued to be an important player in the field of lifelong and adult learning. This was noticeable not least through the large national conferences it organized and participated in, nationally and internationally.

By 2020, the research group had grown to about 20 researchers and the centre’s activities were lively and extensive. After ten years in the post, Helene Ahl then handed over the research leadership to Cecilia Bjursell, who thus became responsible for both the research and dissemination of knowledge paths. 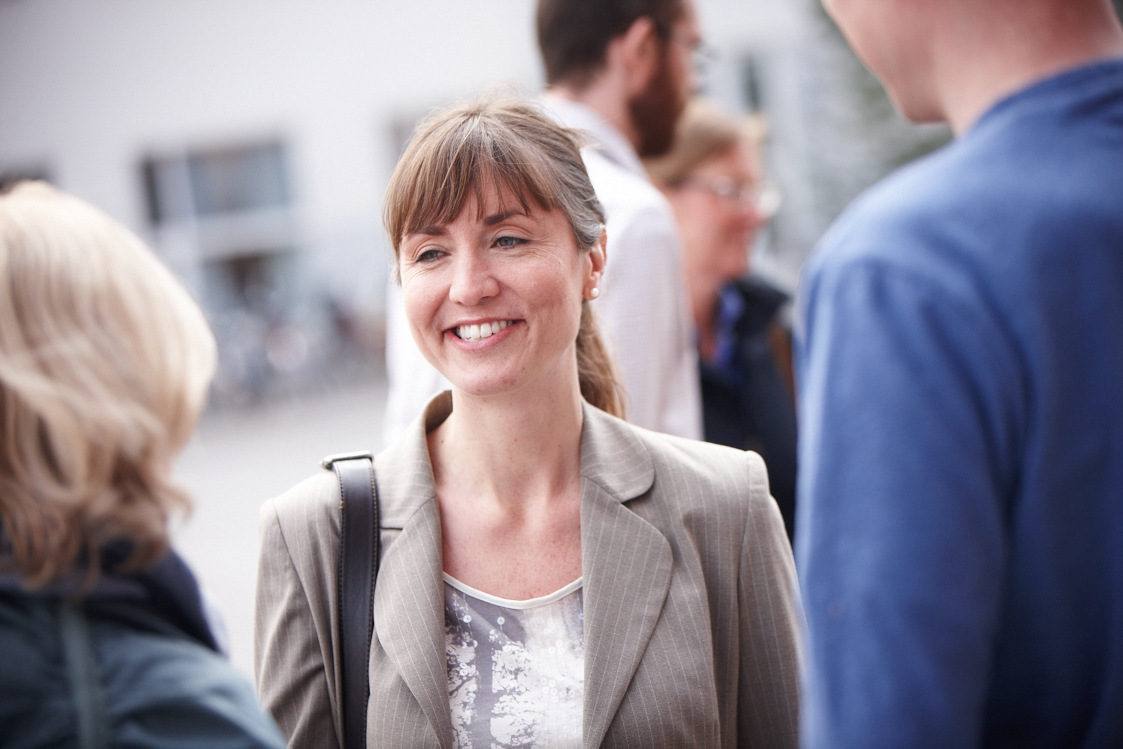 “Just as the intention was when Encell was started, we work at the intersection between learning in working life, adult education, 'folkbildning', college/university and everyday life,” says Cecilia Bjursell. “Although there is the same breadth in the understanding of adult learning, each area within has changed in content and in what is emphasized. For example, higher education has a central role in lifelong learning today, which was not as prominent when Encell was formed.”

“Finally, society's widening gaps, and how we can ensure that all citizens have access to education and learning, are a fundamental issue that has been included in discussions about lifelong learning over the past 50 years. An individual needs learning not just for their own sake but also for the sake of the outside world. That's the way forward. Learning is for everyone.

In 2001, Jönköping University was tasked by the Swedish government with establishing a new national centre for lifelong learning and adult education and learning. Thus began the National Centre for Lifelong Learning or - in its shortened form - Encell.

Encell is run under the auspices of Jönköping University Foundation, and its organisational host is the School of Education and Communication (HLK).

Written by Cecilia Allegrind for the book “Lifelong learning - for well-being, diversity and participation (2021)”. Parts of the text are also summarized from an interview with Mohamed Chaib about Encell's first year, produced by Karolina Boberg. https://ju.se/center/encell/om-encell/historik/inter­vju-med-mohamed-chaib.html