Teenagers prefer home parties to drinking in outdoor places. In a new PhD thesis, Birgitta Ander explores the arenas of adolescent drunkenness.
– Drinking in a home arena allows the teenagers to have increased control, over their own drunkenness and with whom they drink, says Birgitta Ander. 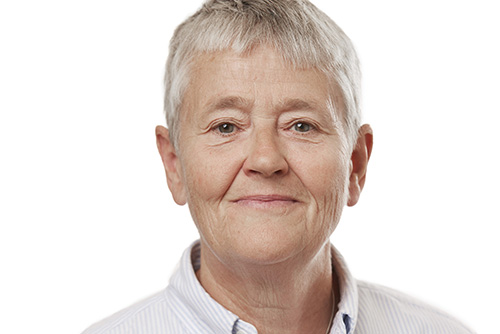 Birgitta Ander is a teacher and researcher at The School of Health and Welfare, Jönköping University. In her former profession as a social worker she looked up adolescents at their common party and drinking arenas – usually outdoors. Prior to her thesis, she decided to visit those places again.

– Many of them were not used at all. And the ones still in use gathered fewer people than before, Birgitta Ander explains.

Conversations with former colleagues, locally and nationally, suggested that the pattern was the same in many places.

– One of the reasons is probably that Swedish youths drink less than before; the levels are the lowest since the 1970s. I also believe that social media may contribute. Earlier, you had to go to actual places to be a part of a social context, places where alcohol often was used. Today, social medias have, to some extent, replaced the physical place.

– I was surprised how important they thought it was to strive for control when getting drunk. The teenagers talked a lot about the importance of the parties and the drunkenness as a contrast to their everyday life. To them, the party usually meant an opportunity to meet and have fun. The ability to control the drunkenness was important, for example who you were drinking with and how much. We are talking about teenagers that drink quite a lot, but they experience it embarrassing and a stigma to loose control of their drunkenness, says Birgitta Ander.

The need of control and increased safety are two of the reasons that the drinking and drunkenness of teenagers has moved from outdoor arenas into their own homes.

The survey material from LoRDIA showed that it was most common to get drunk together with friends of same age and that the most common places for drinking was their homes. Drinking and drunkenness in different outdoor spaces resulted in more negative consequences.

– One of the studies concluded that both social and psychological factors could be associated with an early debut in substance abuse and that the factors partially differ between different substances. Availability of substance, a delinquent behaviour and supposed parental permission were important factors for early onset in inebriation.

Birgitta Ander successfully defended her thesis at The School of Health and Welfare, Jönköping University on 23 February.