Malin Holmbom, who has studied the teacher programme with a focus on work in Primary School at the School of Education and Communication (HLK) at Jönköping University, has received an award for thesis of the Year from NATDID. 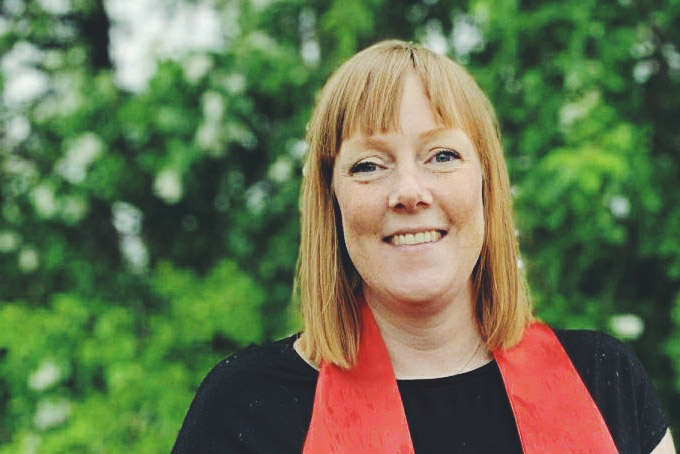 “It is a great reward for all the work and time I put in, but also a confirmation for me that I conducted the study in a qualitative manner. It is so easy to doubt oneself during the process,” says Malin.

At the beginning of September, Malin received the good news that she won the thesis of the Year award from NATDID, the Swedish National Centre for Science and Technology Education.

Malin wrote about physics and the purpose of the study was to test what teaching can look like to get students to develop their understanding of Newton's third law. She did this through a teaching experiment inspired by a so-called Learning Study, which is based on the theory of variation. It is based on what the students are to learn (the learning object) and that learning is about a changed perception of a certain phenomenon. For learning to take place, students must distinguish what are called critical aspects, and these were identified in previous research and with the help of pre-tests with the current students in the study.

“My study consisted of three lessons where the teaching was evaluated continuously through a short written assignment, as well as a post-test to compare with the pre-test. By analyzing the pre- and post-test, and the written assignments, I was able to confirm what critical aspects were in "my" student group and whether there was any change in their understanding of the learning object,” she says.

Malin found it very inspiring to read the students’ thoughts on the subject content and she often got thoughts on how she would like to delve deeper and go further in the area.

“I learned a lot about the subject matter and the workflow, and I got to test what research can really mean. Since my study was about testing the teaching, I think I will benefit a lot from it in the future, although it might not be possible to do such a thorough job before each new area of work. But I can take the mindset with me,” says Malin.

In addition to a receipt that her hard work with the thesis was well done, the award also gives her the opportunity to present her work at a digital conference in November organized by the Department of Pedagogical, Curricular and Professional Studies at the University of Gothenburg and FND (the Swedish association for research in science didactics).

NATDID (The Swedish National Centre for Science and Technology Education). In order to fulfil its mission, NATDID communicates research from current research in science and technology education, to those who work in schools. The goal is that teachers should be able to transform educational research into practice, thereby contributing to research-based teaching and learning in schools.