On 25 September, the Jönköping University Academic Ceremony will take place. At the ceremony, 26 PhDs and four honorary doctors will be conferred, and seven professors will be installed.

The inauguration of full professors and conferment of PhDs takes place every 18 months at Jönköping University. In connection, the newly installed professors and honorary doctors will give lectures.

More information about the Academic Ceremony and link to the lectures 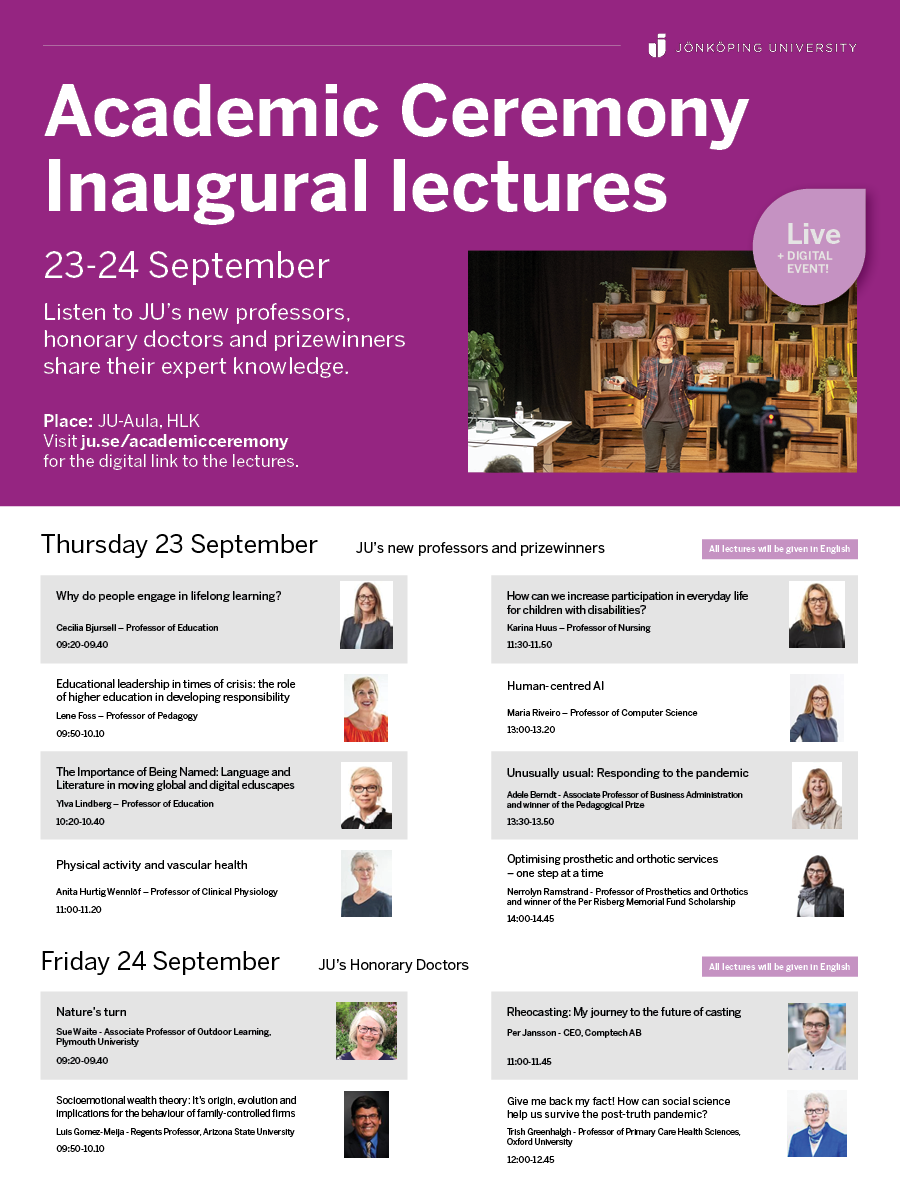