Under the Microscope: News Commenting and News Sharing Through Social Media

New technology has given us new opportunities to participate in the media landscape. In a PhD thesis from the School of Education and Communication at Jönköping University, Susanne Almgren has studied the relationship between users and news producers online. 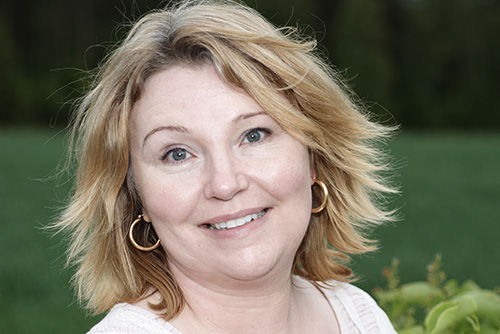 The relationship between news producers and users changes through history between periods when users have more influence over the news, and periods when they have less influence. The relationship is therefore constantly fluctuating. Producers provide a structure for users, but within that space, users can choose to interact with some news and not with others, and interact in increasingly diverse ways in the era of online news.

“My research is taking place in a time when comments sections on news sites, having been quite prominent, seem to be in decline. At the same time, social media, especially Facebook, is on the rise. However, the fact that readers are involved in creating content in the news media is not a new phenomenon. For example, letters to the editor were quite influential in the early days of newspapers. Now the participation of users has taken on new forms”, says Susanne Almgren.

In her dissertation, she has studied how users comment and share news via social media. Sharing news on Facebook is twenty times more common than commenting on the news site itself, or sharing via Twitter. It is also clear that more and more news producers remove the opportunity to comment, but retain the opportunity to share.

“On a news site, your comments are visible to anyone visiting the page. When you share in your own social media, it is mostly those in your own social network who will see it. This may be a reason that users prefer to share rather than comment. The news producer, on its part, does not need, nor can, take the same responsibility for moderating when the comments on the news take place in the users’ own feeds and not on the newspaper's website.”

Users comment more frequently on local news about everyday events. Changes in the community and health care are topics that engage, and also when people feel that welfare systems aren’t functioning. News about sports and entertainment does not spark the same interest.

It is more common to share news on Twitter from big city press, and especially tabloids, than sharing local news.

Susanne Almgren has also studied how users express themselves about traditional media, what news is being published and how it is presented.

“In an historical context, there is nothing strange about news producers not reporting about everything. Making a selection for the users is one of the functions of journalism, although various political and economic interests have of course had views on how journalistic selections are made. The new thing is that in cases where people do not agree with the choices of the editors and the ways of presenting news, they can make their voices heard and reach a broader audience for their opinions”, she says.

“At the same time, it should be noted that the attitude to news varies between people, and between different media. Sometimes you get the impression that nobody trusts the news anymore, but that's not the case.”

With her dissertation, Susanne Almgren wants to contribute to a greater understanding of how both news producers and users relate to the areas of participation.

“I hope that anyone interested in media, and in the value of news media will find something useful in this work. In a democratic society, news media is needed for people to understand their world and make informed choices. Therefore, it is important to understand how the relationship between users and news producers works and develops.”