The Solar car is finished and on its way to Australia

After one year's work, JU Solar Team has completed the solar car that will compete in this year's Bridgestone World Solar Challenge. Wednesday 30 August, Solveig, as the solar car is called, was packed into a box for further travel to Australia. 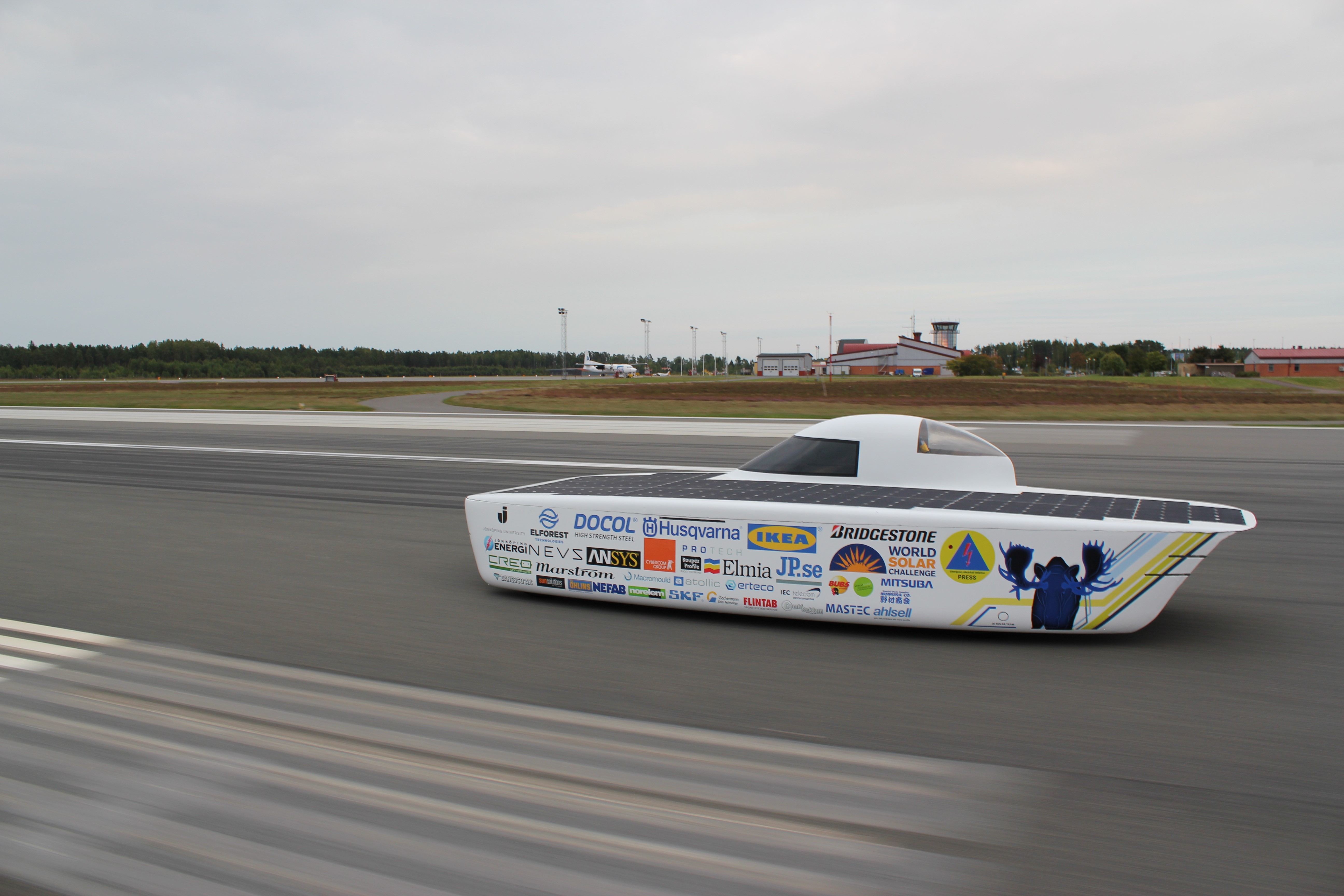 Twenty-five students with different backgrounds, education and experience forms Jönköping University Solar Team, together with responsible teachers. The breadth of expertise in the team together with an incredible desire and ambition, is this team's benefit. With common goals and individual responsibilities, the team works to build the optimal solar car that will represent Jonkoping University in the Bridgestone World Solar Challenge 2017.

On Monday 28 August, the finished car was shown to the public for the first time. As soon as the unveiling event ended, it was time for the next step: to pack the solar car in a freight box and send it to the other side of the globe.

It is a fragile and about 600 kg heavy freight being sent the many miles to Darwin, Australia. Solveig flew from Landvetter on 30 August and will land in Melbourne on 6 September. From there, the solar car is driven by truck to Darwin and is expected to arrive in good time before JU Solar Team. In Darwin, the team will have access to a workshop at one of Husqvarna's dealers. There, Solveig will hopefully be waiting together with the battery and toolbox sent earlier.

“The reason we decided to send the battery separately is because it is a lithium-ion battery which classifies it as dangerous goods. This makes it very difficult to send on flights so we had to do it in time. Fortunately, Solveig is not classified as dangerous goods, which means that shipping has been a little easier, although many papers have been necessary”, says Hanna Steinum, member of JU Solar Team.

Follow the latest updates from JU Solar Team at jusolarteam.com

World Solar Challenge is an open international competition where the goal is to construct and build a vehicle that will be able to cross a whole continent, only with solar power. The contestants will drive the more than 3000 km distance between Darwin-Adelaide in the shortest possible time. Students from Jönköping University have participated in the competition twice before: 2013 and 2015. The competition is scheduled for 8-15 October. Read more about the competition.