Researcher at JU co-creator of new digital language for buildings

The recently developed language is called RealEstateCore and is created specifically for communication with and between buildings. 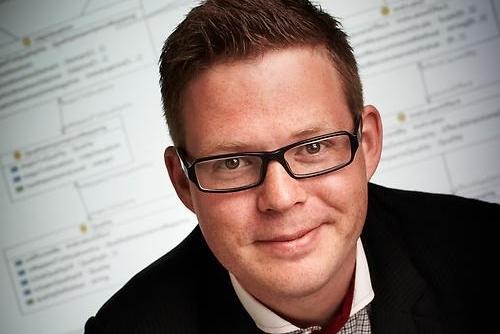 Modern buildings generate large amounts of different kinds of data. In order to maximize the use of the information contained in this data, a unified language is needed. With RealEstateCore, such a language is available.

Karl Hammar, lecturer in information technology at the School of Engineering, is one of the people behind the first version of RealEstateCore and will take part in the further development of both the language and software for the use of it:

“The idea is to be able to use the data generated by buildings for developing new services for tenants and suppliers to the real estate industry. With a common language, it is worth developing such services. It also gives the possibility to connect different actors in a city. That way, RealEstateCore contributes to the smart city.”

RealEstateCore is published as open source. This means that the language is free and open for everyone to use and contribute to. It has been developed wholly from the perspective of the real estate owners and links together the domains of Building Information Modelling (BIM), control and automation technologies and Internet of Things (IoT).

RealEstateCore has been developed through a collaboration between Vasakronan, Akademiska Hus AB, Jönköping University, Klipsk AB, RISE and Willhem AB. At Vasakronan, the new language has already been implemented. Sören Sandell, IT Manager, sees great opportunities in the language:

“It is unique and has the potential to become a global language for real estate owners. Right now, we are having discussions about the next step with Nordic and European as well as American actors. The long-term goal is to make buildings really smart – better to live in, better for their surroundings and better to own and manage

Read more about the new digital language on http://realestatecore.io.