On Wednesday 18 March, the Association of Swedish Higher Education Institutions (SUHF) held their annual meeting in the General assembly, digitally for the first time, where several current issues were discussed. 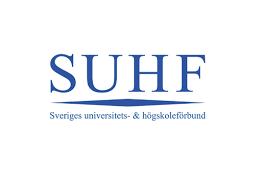 Matilda Ernkrans, Minister of Higher Education and Research in Sweden, participated in the meeting. She repeated what was said at the press conference on 17 March regarding the government's recommendation for all higher education institutions to switch to digital education, off campus. She praised the sector for having handled the current situation with great sense of responsibility and emphasized each HEI’s own responsibility to follow the recommendations of the Public Health Authority.

The Higher Education sector interprets the government's recommendation in the same way. The majority of all higher education institutions are keeping campus open but conducting teaching digitally, off campus. A few are recommending staff to work from home, especially in the Stockholm region where this is recommended by the Public Health Authority. The minister also said that the government might come back with important assignments of importance to society, to the HE sector.

Some of the issues discussed during the meeting were:

Agneta Marell and Hanna Ståhl noted that the issues currently at Jönköping University are returning throughout the sector.

“The whole sector is facing the same challenges and issues, and we are cooperating and helping one another as much as possible. The starting point is to be able to continue academic education in the best possible way based on the current conditions,” says president Agneta Marell.