Project on the Social Market Economy and value-based business

Olof Brunninge, associate professor at JIBS, has joined an international collaboration with colleagues from the University of Applied Sciences Würzburg-Schweinfurt in Germany. The project aims at enhancing bachelor students’ knowledge on the values that underlie economic activity both on a societal and on a venture level. The group is going to develop an open-access learning module in German and English. 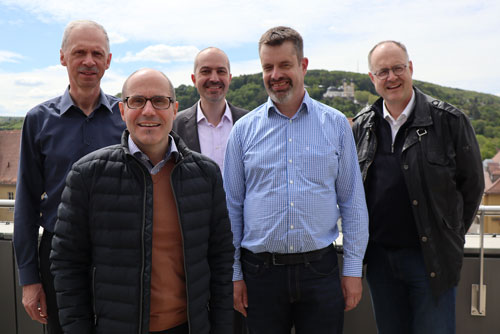 The project’s point of departure is the ‘Social Market Economy’, i.e. the socioeconomic model that has characterized Germany since the post-war period. Today, the Treaty of Lisbon stipulates that the EU shall be characterized by a social market economy.

The concept of the Social Market Economy combines a free market economy with institutions ensuring fair competition and social balance. Its origins trace back to the Freiburg Circle and the Freiburg School of Economic thought. Few people today know that these schools of thought had their roots in anti-Nazi resistance. Initially, Protestant and Catholic Christians met to discuss possibilities for a post-Nazi order that restituted human dignity and individual freedom. Subsequently, a blueprint for a societal and economic order emerged.

- Today, bachelor students learn little about the ideas and values that are the foundation of our economic system, says Professor Harald Bolsinger, Dean at the Faculty of Economics and Business Administration in Würzburg-Schweinfurt. We want to change this and encourage students to reflect upon their own values when planning their career or starting up their own business.

While the Social Market Economy is primarily a German concept, the idea of value-based business activities can be found globally.

- The entrepreneurial spirit of the Gnosjö region in Sweden is an example of businesses that are value-based, says Olof Brunninge from JIBS. Like in the example of the Freiburg Circle, values rooted in Christian faith have been an important basis for the spirit of Gnosjö. Business students need to be able to understand and critically assess such value systems. Otherwise, they will not be able to take an informed stance on the ethical implications of business decisions.

The team working on the project is multidisciplinary. It includes scholars in economics and business administration. The project coordinator, Matthäus Wassemann, has a background in theology and technology.

For more information on the project, contact olof.brunninge@ju.se or harald.bolsinger@fhws.de.