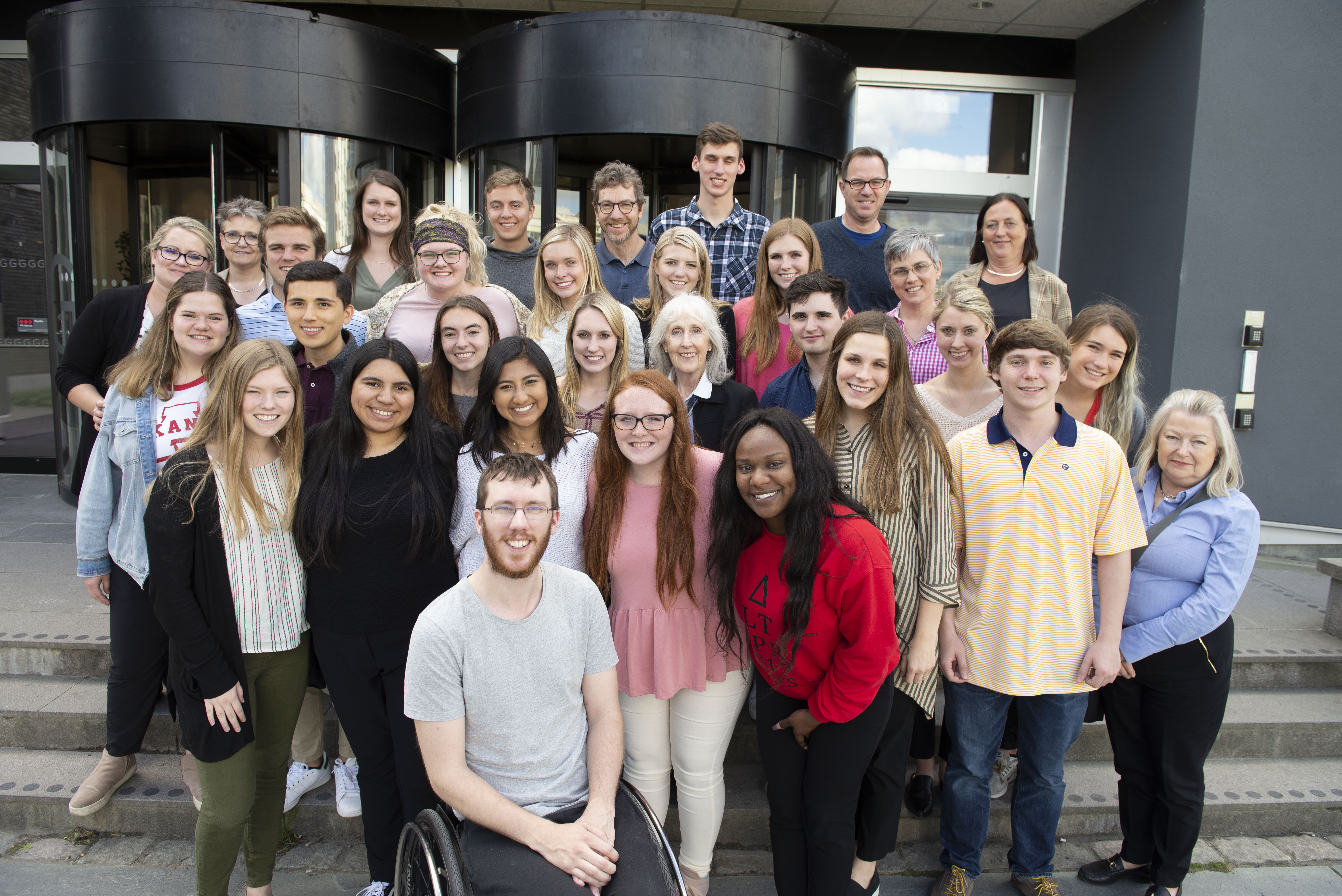 Twenty-two students and eight teachers and researchers from the University of Arkansas visited the School of Health and Welfare for two weeks in May. Christoffer Wadman, teaching assistant at the School of Engineering, told the American guests about his experience with the Swedish healthcare system.

For two weeks in May, 22 students from the University of Arkansas visited the School of Health and Welfare at Jönköping University to gain an insight into the Swedish healthcare system, as part of the Health Team Abroad course. They also celebrated early midsummer with the student association SUSHI.

“It's a great school and I've learned a lot here,” says Lexi Goodwin, one of the American students. 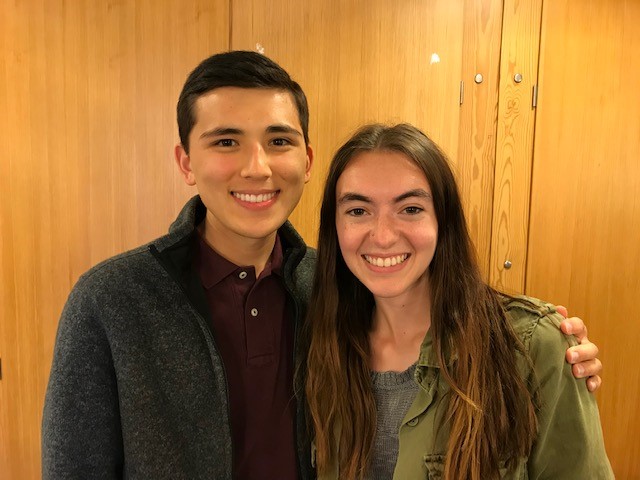 Carson Ercanbrack and Lexi Goodwin, students from the University of Arkansas, got a good impression of the School of Health Sciences. They also thought it was fun that Jönköping University has so many international students.

In addition to the students, eight teachers and researchers from the University of Arkansas participated in the visit, led by Professor Fran Hagstrom. The program was mainly organised by the Department of Rehabilitation at the School of Health and Welfare. The students learned about Swedish welfare and different healthcare professions. They also visited private and public primary care and retirement homes. Furthermore, they learned how the Swedish healthcare system and the social insurance system work.

Sara Kallin, university lecturer at the School of Health and Welfare rehabilitation department, points out that it was an eye-opener for many of the American visitors that both healthcare and higher education studies in Sweden are free of charge and are financed through tax revenue.

- It is fun to receive students, teachers and researchers from another country. We learn new things from each other, she says.

Several of the students from Arkansas who visited Jönköping had already studied healtcare in the states, but there were also students from other disciplines who were on the trip. The visiting students were housed at Råslätt and went back and forth to Jönköping by bus. Two of the American students were Lexi Goodwin and Carson Ercanbrack. They remarked how patients in the Swedish health and elderly care system are generally more involved in their own medical care than patients in the United States.

- In Sweden, you listen to the patient to a greater extent and ask what he or she wants to get out of their care. Not everyone has the same needs, says Lexi Goodwin.

They were also impressed that you can receive parental benefit for 480 days in Sweden. "I don't know how many parental days you get in the US, but it's not even close," says Lexi Goodwin. Lexi Goodwin and Carson Ercanbrack have the impression that the School of Health and Welfare is a top school and appreciate the international character of Jönköping University.

- We have met other students from the University of Arkansas here that I didn't know before, so now I will have new friends there next semester, says Lexi Goodwin smiling.

"The start up was successful"

It’s not the first time that students from the University of Arkansas have visited Jönköping University. It has been done around ten times before.

Staff visiting along with the students from University of Arkansas have also been able to share their knowledge with the Swedish students. Assistant Professor Marilou Shreve gave a seminar on the subject "Focusing on Health and Ill-Health in Children" for the nursing programme. Sara Kallin emphasizes that the course Health Team Abroad is fully in line with the School of Health Sciences' focus on inter-professional learning.

- We discuss different experiences and wishes with our colleagues at the University of Arkansas and we will see where it leads to in the future, says Sara Kallin.

Cycled on Visingsö with SUSHI

The student association SUSHI at the School of Health and Welfare took care of the American students during the visit. They have, among other things, cycled on Visingsö together, visited the student union and celebrated an early midsummer in the Health Park. Furthermore, Sara Kallin and Inger Jansson, a PhD and senior lecturer in occupational therapy, arranged an excursion with sausage grilling at the waterfalls Hassafall in Hovslätt.

- The visit has been good, and our guests seem very happy, says Sara Kallin.

Christoffer Wadman, teaching assistant at the School of Engineering, Jönköping University, told the visitors from Arkansas about his experiences of the Swedish healthcare system an injury. He emphasized that he did not pay a penny for the care he received. The students also got to know what it is like to use a wheelchair out on the city, navigating obstacles such as high curbs, road works and stairs.