Due to the pandemic, this year’s Open House at Jönköping University was conducted digitally instead of on campus. 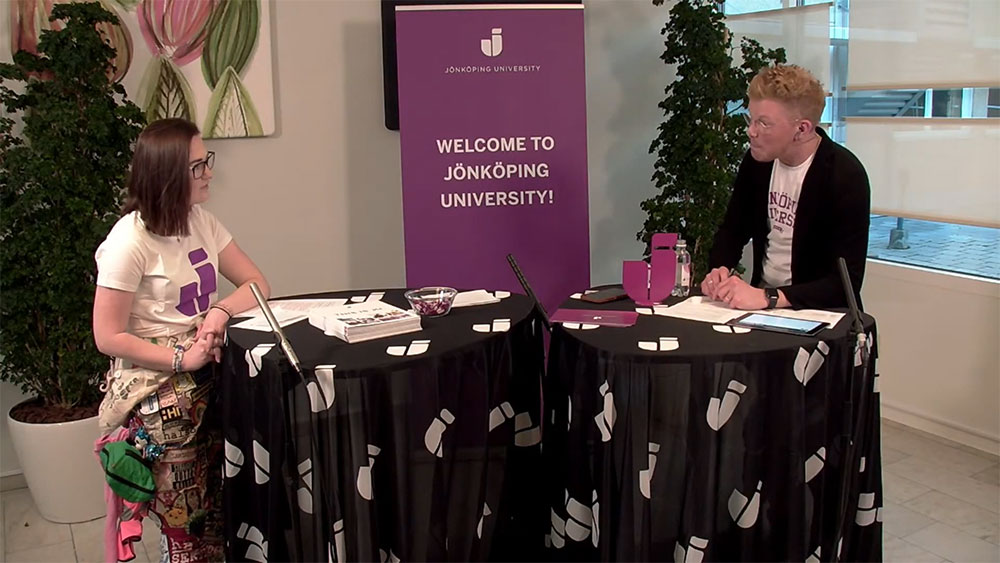 Jönköping University (JU) usually conducts an Open House on campus on a Saturday in March, but due to the current situation, this year's event was carried out digitally instead. Five different live broadcasts, one for each school and one for all of JU, were carried out on YouTube during the first two weeks of March.

During the broadcasts, viewers could watch interviews with staff and students and get in-depth information about the programmes offered at JU, student life among other things. Viewers also had the opportunity to ask questions via a chat directly to the participants.

The five broadcasts can be watched now on JU's YouTube channel.

Open house at School of Health and Welfare (in Swedish)

Open house at School of Education and Communication (in Swedish)

Open house at School of Engineering (in Swedish)